Liberty split games on the road, head home for Pride 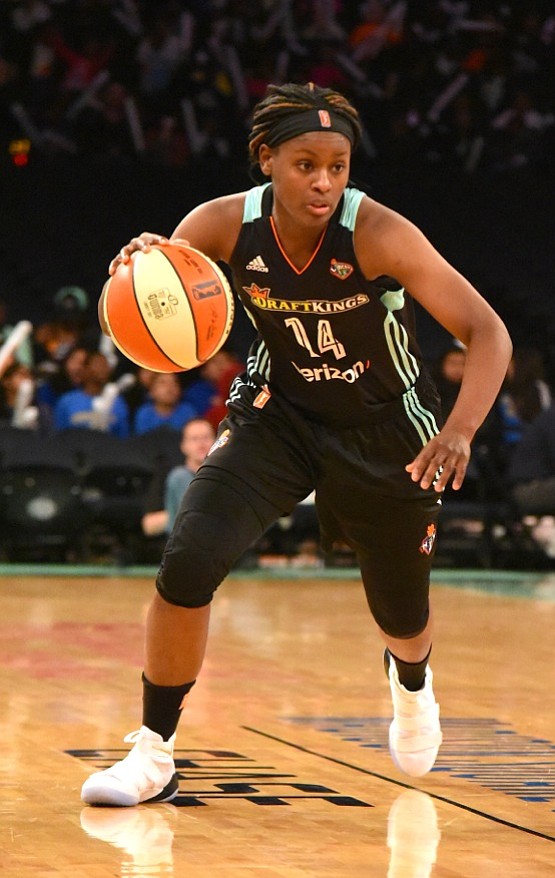 It was lose one and win one for the New York Liberty on their recent road trip. The Liberty’s four-game winning streak was snapped by the Connecticut Sun, 96-76.

“We didn’t really have our best effort tonight,” said Liberty coach Bill Laimbeer after the loss. “We have been pushing hard, being shorthanded, and tonight we kind of hit a wall a little bit and didn’t have the energy necessary. They are feeling good about themselves and we knew it would be a hard game if we didn’t put forth the effort.”

The Liberty then headed to Texas to take on the Dallas Wings. It was a close encounter of the toughest kind, but the Liberty managed to force overtime, prevailing 102-93. Four Liberty players scored in double figures, including Shavonte Zellous with a season-high 28 points. It was Zellous’ sixth consecutive game in double figures.

“Our defense made stops down the stretch,” said Laimbeer. “Zellous was really key offensive-wise in the second half for us. Really attacked, facilitated a lot. But I think our stops—we had a lot of blocked shots in the second half, and got the rebounds.”

The Liberty has not played a game since Dallas and has had time to get some rest and focused practice. The team is still without Epiphanny Prince and Kia Vaughn, and replacement guard Lindsay Allen continues to make her case that she belongs in the WNBA with strong minutes in both road games.

June is Gay Pride month, and the Liberty is showing decisive support for the LGBT community. Friday night, the Liberty look to turn the tables on the Connecticut Sun as New York celebrates Pride Night at Madison Square Garden. Then Sunday, for the first time in team history, the Liberty will have a float in the Gay Pride Parade. The players and coaches will be joined by team executives, members of the Torch Patrol and Timeless Torches as well as select fans.

“Love is love; I’m all about that,” said Zellous. “I give credit to the WNBA, New York Liberty and everybody around the league to bring this. Giving a Pride month, it just shows us as a league supporting important causes, and this is a big cause. I’m very excited for the parade.”