The medical Northcross family of Detroit 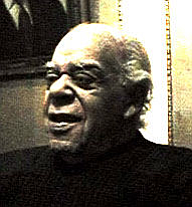 Among the many untold Black stories in Detroit’s history is the phenomenal contributions made by doctors, and especially by African-American physicians. This story, or lack thereof, is not uniquely Detroit’s. Other communities with sizable Black populations across the nation have not had the doctors of the community profiled and highlighted.

I was drawn to this topic after reading about Dr. Susan La Fleshce Picotte, who was featured on the Google page and considered the first Native-American to earn a medical degree.

The last gets the focus this time because she and her husband, Dr. David Northcross, founded, after being in Detroit only a year, the first Black-owned and operated hospital in Detroit in 1917.

Daisy Hill was born in Montgomery, Ala., Dec. 9, 1881. On July 4 of that year, in not too far away Tuskegee, the great educator Booker T. Washington established the Tuskegee Institute, now Tuskegee University. She did not attend Tuskegee, but traveled to Chicago and matriculated at Bennett Medical College, from which she graduated in 1913, two years before it closed. It was also two years before the death of Washington.

In 1916, the Drs. Northcross settled in Detroit and almost immediately set about the quest to open a hospital. Within months, the two enterprising medical practitioners were breaking ground for Mercy General Hospital, located in the city’s storied Black Bottom on 668 Winder St. Along with operating the hospital, for about a decade the Northcross couple had their own drugstore.

The hospital would provide the necessary services for Black soldiers returning from World War I, who might be discriminated against by the city’s white hospitals. The Drs. Northcross would also help pave the way for the founding of the larger Dunbar Hospital, where a roster of eminent African-American physicians would get their start.

For many years, the hospital, a three story brick building, was one of the most prominent businesses in Black Bottom. “The Northcrosses also were able to hold nurse training sessions, which prepared young women to operate in the medical field,” according to a story from a brochure from Wayne State University on an exhibit of Black doctors in Michigan. These positions were some of the first jobs many African-American women received in the area. The hospital provided a strong economic base and most importantly it met the needs of the people. The Northcrosses were pleased to serve the Black community of Detroit. Their hospital continued to grow and they were able to add an additional wing to the hospital in 1960.

That additional wing obviously was erected after the hospital relocated from the Black Bottom, which was demolished with the building of the Chrysler Freeway. By then the hospital was located at 2929 W. Boston Blvd., where it became the first Black hospital built from the ground up.

Besides the legacy of their hospital, the doctors had several children, one of them Dr. David Northcross Jr., who carried on the family tradition after the passing of his parents. He assumed leadership and became the hospital’s chief administrator after the death of his mother, who continued her husband’s administrative role.

David Jr. had no choice for a career, having been raised in a medical household. He attended Meharry Medical College after completing his undergraduate work at the University of Detroit. In the military during World War II and the Korean conflict, he served in the Medical Corps. He returned to Detroit after the military stint in 1955 with his wife, Ophelia, a registered nurse, to run his parents’ hospital. The couple, through a strange coincidence, was reunited after first dating during their days in Tuskegee.

In fact, it was Ophelia who managed the hospital at the time of the relocation from the Black Bottom to Boston Boulevard. She was born on March 9, 1926, in Mobile, Ala., and attended Dunbar High School in Mobile, graduating in 1943. She was 17 when she was accepted into the nursing program at Tuskegee.

With her degree in nursing, she moved to Detroit, which had the highest paying nursing jobs. Her application to work at Children’s Hospital was denied because she was Black. Undaunted, she found employment at Burton Mercy Hospital and Mercy Whole Hospital in the evening. It was during this period that she became reacquainted with David Jr. They resumed dating and she took on added duties at Mercy, where she helped in overseeing his ailing mother.

Eventually, she resigned from the nursing and administered Mercy Hospital until 1976.