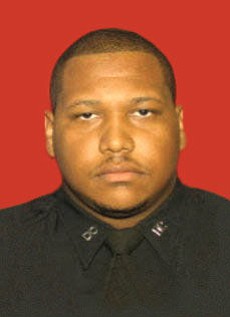 Jose Cosme, a 37-year-old New York City Department of Correction Officer, has pleaded guilty to a third-degree Criminal Sex Act with an inmate in Rikers Island. November 30, 2015, Cosme engaged in sexual activity with a female inmate. Authorities say she was unable to consent because of her status as an inmate.

In response to the matter, Darcel D. Clark, Bronx district attorney, said, “Correction officers or any other staff in Rikers Island cannot use their position to abuse inmates. We will prosecute any jail employee who undermines the public’s trust and tarnishes the honest, hardworking employees of the Department of Correction.”

Before Supreme Court Justice Ralph Fabrizio, Cosme pleaded guilty to a third-degree Criminal Sex Act. He has been suspended without pay since the charges were brought in August of this past year, and the Department of Corrections states that any DOC member of staff found guilty of felony charges is automatically terminated per the NYS Public Officers Law.

When asked to provide a statement on the case, the mayor’s office redirected our reporters to the Department of Corrections. They said, “[The] DOC has zero tolerance for sexual abuse and assaults of inmates, and this officer will be terminated. The vast majority of our officers carry out their duties with care and integrity, and we are taking many steps to ensure that all staff adhere to the highest professionalism. As part of our top-to-bottom reform initiative, we are working to bring our agency into compliance with the Prison Rape Elimination Act.”

Senator Brian Benjamin believes that this case serves as more incentive to make some changes at Rikers Island. The senator commented, “This is a sad reminder of why we need to close Rikers Island facilities sooner rather than later and revamp a system that currently fails to protect and rehabilitate. Expanding alternatives to incarceration and prioritizing programs and facilities that serve as a steppingstone towards a productive life is in the best interest of all New Yorkers.”

The DOC said they have many initiatives and policies in place to properly deal with sexual abuse and assault cases. Starting in 2012, the DOC received grants from the Department of Justice to bring the Department into compliance with the Prison Rape Elimination Act. The DOC said that they are now working to refine jail practices in relation to PREA compliance. With the inmates’ safety in mind, the DOC has entered a memorandum of understanding with Safe Horizon, the nation’s leading victim assistance organization, to provide a 24-hour confidential crisis counseling hotline. The number is posted in the jails and it offers inmates multiple confidential methods of reporting sexual assault. The DOC employs a full-time PREA coordinator and PREA Compliance managers at all facilities.

Jose Cosme will be sentenced August 3, 2017, to 10 years of probation and must also register as a sexual offender. Assistant District Attorney Danielle Pascale, the supervisor of the Child Abuse/Sex Crimes Bureau, prosecuted the case, and Joseph Muroff, the chief of the Special Victims Division, served as overall supervisor.