Obama on Senate bill: It's 'not a health care bill' 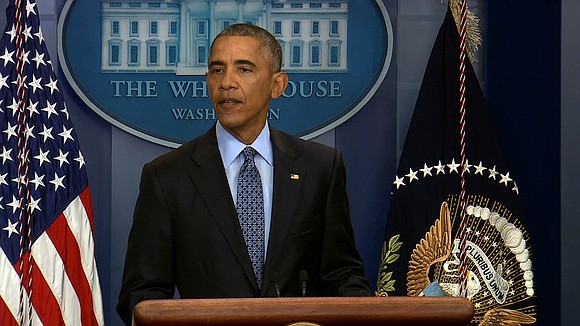 "I recognize that repealing and replacing the Affordable Care Act has become a core tenet of the Republican Party," Obama wrote in a Facebook post. "Still, I hope that our Senators, many of whom I know well, step back and measure what's really at stake, and consider that the rationale for action, on health care or any other issue, must be something more than simply undoing something that Democrats did."

The GOP-proposed bill would repeal Obamacare's individual mandate, drastically cut back federal support of Medicaid, and eliminate Obamacare's taxes on the wealthy, insurers and others.

Senators are likely to have only a handful of days to decide whether to support or vote against the 142-page bill, which was unveiled on Thursday.

In his statement, Obama said the Senate bill is "not a health care bill."

"It's a massive transfer of wealth from middle-class and poor families to the richest people in America," he wrote. "It hands enormous tax cuts to the rich and to the drug and insurance industries, paid for by cutting health care for everybody else. Those with private insurance will experience higher premiums and higher deductibles, with lower tax credits to help working families cover the costs, even as their plans might no longer cover pregnancy, mental health care, or expensive prescriptions. Discrimination based on pre-existing conditions could become the norm again. Millions of families will lose coverage entirely."

The former President argued that he fought for the ACA "for more than a year" alongside "thousands upon thousands of Americans" because "we knew it would save lives, prevent financial misery, and ultimately set this country we love on a better, healthier course."

He ended his Facebook post encouraging the public to call members of Congress, visit their offices, speak out and "let them and the country know, in very real terms, what this means for you and your family."

"After all, this debate has always been about something bigger than politics," he wrote. "It's about the character of our country -- who we are, and who we aspire to be. And that's always worth fighting for."

The Senate bill is similar to the version of the House measure that passed last month. Trump has since called it "mean," despite celebrating it at the Rose Garden with House Republicans.

Democrats have blasted the Senate bill, with some calling it "meaner."