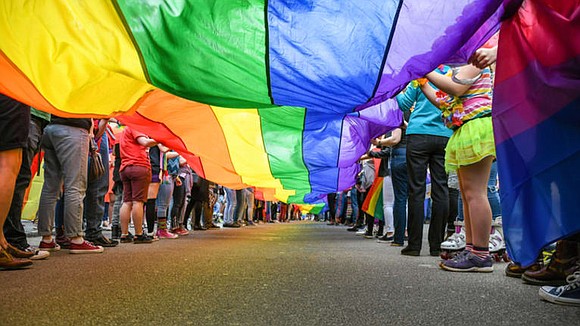 As June comes to a close, I want to celebrate all of my brothers and sisters in the LGBTQ community. Even though the president of the United States refused to acknowledge June as national pride month, I want my readers to know that I (and millions of Americans) support, celebrate and honor our loved ones, friends, acquaintances and so many others who live in their truth each day and continue to break down barriers for so many others.

As we continue to fight for equity on all fronts in this country—racial, gender, ability, etc.—it is imperative that we not lose sight of the gains made, or of the many miles we have yet to go. It has been almost 50 years since the June 28, 1969, Stonewall rebellion in New York City, where brave men resisted a police raid within their community. Unfortunately, far too many stories of police brutality and domestic terrorism still occur toward LGBTQ youth and Black LGBTQ individuals in particular. There have been almost two dozen murders of Black trans people in 2017 thus far, and the wounds of the Pulse nightclub shooting, where predominantly Latino men and people of color were targeted and killed, are still incredibly fresh after only one year.

We can however take solace in the writing of Audre Lorde, James Baldwin and so many other poets, activists and thinkers who continue to contextualize the multiple struggles of Black people in this country. Lorde and Baldwin resist the “oppression Olympics” of making struggle about race or sexual orientation. Both implore their readers to challenge themselves and begin to think in new ways, and at other times they allow the readers to see themselves in a story, a character or a poem just so they know they are not alone and that they are loved and seen.

In 1978, artist Gilbert Baker created the rainbow flag often associated with LGBT pride and freedom. This flag serves as a symbol for all about the necessity of inclusion. Hopefully this June and the rest of the months of the year, we can all take pride in celebrating our friends and family members who continue to fight for freedom on different fronts so that this country and this world may be more equitable and just for all. I know organizations such as FIERCE (supports LGBT youth of color), the GRIOT Circle (supports elderly LGBT people of color) and GMHC (multiservice resource center) are just some of the many doing the hard work everyday, and for that I thank you sincerely.