De Blasio on closing Rikers: It will take 10 years 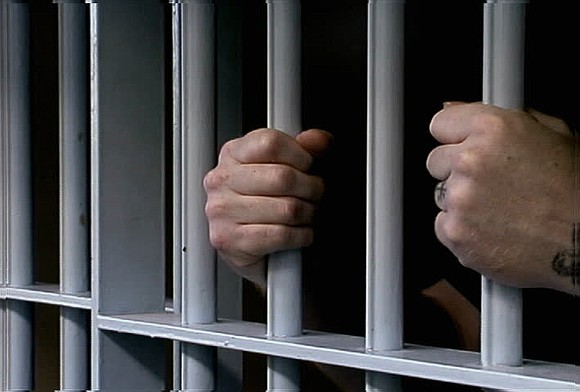 A 51-page report titled “Smaller Safer Fairer: A Roadmap to Closing Rikers Island,” indicates that closing the jail would take 10 years, a decline in the facility’s populations, political advocacy, an increase in capital funds and a continued decrease in crime.

“We are not offering a quick fix,” wrote de Blasio in a letter at the beginning of the report. “Rikers Island cannot be closed overnight. It would be much simpler for us to tell people what they want to hear and say we can achieve this goal quickly and easily, but we won’t do that. Instead, we are realistic. It will require the work of many—city and state criminal justice agencies, elected officials, prosecutors, defenders, courts, program providers, New Yorkers and their communities—to ultimately close Rikers Island. This will be a long and difficult path.”

But the mayor’s facing pushback from Corrections Officers Benevolent Association President Elias Husamudeen, who sees the potential shutdown of Rikers putting people in danger and having ulterior motives.

Husamudeen was a guest on John Catsimatidis’ radio show on 979 AM this past Sunday. When asked about the potential of shutting down Rikers and replacing it with smaller neighborhood jails, Husamudeen said “If five inmates escape, guess where they are. They’re right on the streets. If five inmates escape out of one of the 10 jails on Rikers Island, they’re not in the community. They’re on the island, and we’re going to get them before they leave the island.”

Husamudeen also pointed out that the Lippman Commission, convened to draw up guidelines for closing Rikers Island, featured people who worked in the real estate industry, telling Catsimatidis that “you kinda get the idea” of who’s advocating for Rikers’ closing.

Joel Rodriguez, a police officer running for mayor of New York City, emailed a statement to the AmNews pushing back against the mayor’s plans as well.

“Mayor de Blasio wants to close Rikers Island,” stated Rodriguez. “I don’t, because I will not support the building of correctional facilities in our communities. Closing Rikers Island is not a solution. Identifying and fixing the problem is. We should construct a new state of the art humane detention center in Rikers Island, not in our communities. Rikers Island is a deeply inhumane place to work in and house inmates—a problem the mayor has known about for a very long time. His solution is to wait 10 years and leave this problem to someone else. This is not leadership and this is not a solution.”

Whereas some want to curb de Blasio’s aspirations, others feel that the mayor isn’t going far enough. Leaders from the #CloseRikers campaign spoke out after de Blasio’s remarks stating that a decade is too long to wait for justice.

“It’s been nearly three months since Mayor de Blasio made the announcement that he will close Rikers Island, and he has remarkably little to show for it,” said President and Founder of JustLeadershipUSA Glenn E. Martin in a statement. “He must lay out concrete steps tied to a timeline that recognizes the urgency of ending the harm caused by Rikers. Simply put, 10 years is way too long. Many of the barriers to speedy closure are not questions of feasibility or affordability, but of political will, and thus far the mayor has been nothing short of unwilling.”

Martin continued, “He has been reluctant to work with oppositional voices, even when they are the very people who have been most harmed by his policies. If de Blasio is truly committed, action will begin now.”

“We should be ashamed every day that Rikers is allowed to exist in New York City, and the Mayor should be doing everything in his power to close that awful place as soon as possible,” said Co-Executive Director of VOCAL-NY Alyssa Aguilera in a statement. “Plans and policies for reducing the city’s jail population and closing Rikers already exist. What we need now is the political will and a swift timeline to enact change.”