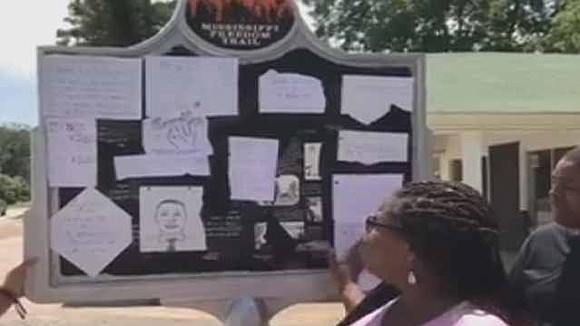 St. Louis, MO (KMOV) -- A group of St. Louis students took lessons learned in their social justice program and put them into action when they encountered vandalism hundreds of miles away.

Students participating in the Cultural Leadership program returned Tuesday night from a 21-day journey across the country to places in the US with civil rights and social justice significance.

The teens met Supreme Court Justices and Congressmen, they traveled from New York to Washington DC to Alabama. But it was in Money, Mississippi that they encountered something troubling. 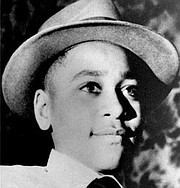 At the memorial for Emmett Till, a 14-year-old African American boy who was kidnapped and lynched in 1955, they discovered vandalism.

"I couldn't fathom that someone would disrespect this man and his death and we know he died unjustly," said Promise Mitchell, a student with the Cultural Leadership program.

The sign on the Mississippi Freedom Trail was defaced, the facts and quotes about Till were stripped off, damaged by vandals.

So the teens took action.

"We figured we're here to make change, so how can we make change at this monument? So we get out our loose leaf paper and we decide to write down facts and draw pictures," said Dani Gottlieb, a student in the group.

So while the paper notes they wrote might not last, the lesson this group learned will remain. According to the organization in charge of maintaining the sign said it would be removed this week for repairs. It's the second time the sign has been vandalized in the last two years.