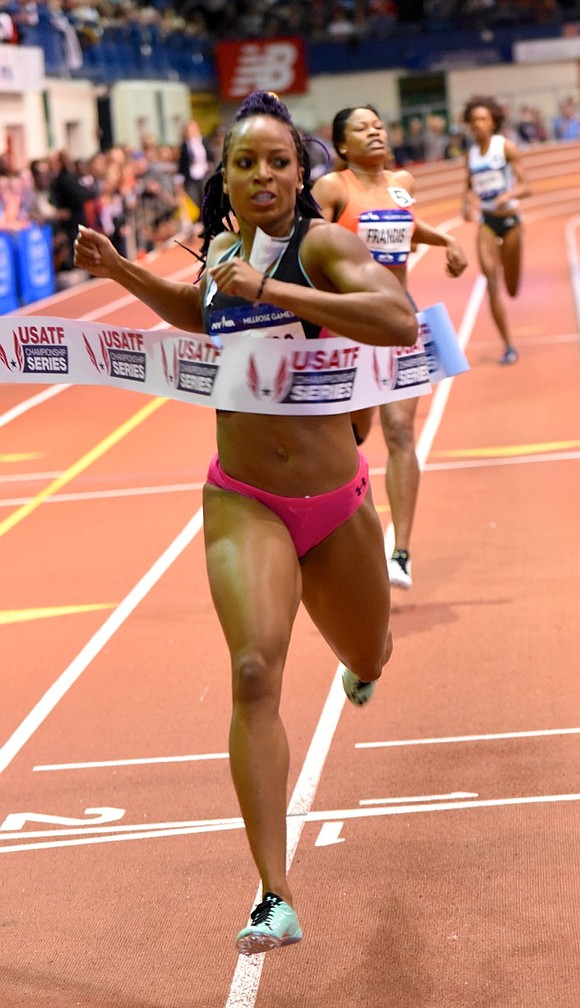 With berths at stake for the upcoming IAAF World Championships later this summer in London, the competition was intense at last weekend’s USA Track & Field Outdoor Championships in Sacramento, Calif. Female athletes from New York and New Jersey were well represented. Among those heading to the World Championships are Ajee’ Wilson in the 800 meters, Dalilah Muhammad in the 400-meter hurdles, Phyllis Francis in the 400 meters and Natasha Hastings in the 4x400 relay.

It was a good showing for Wilson, from New Jersey, who last week saw the U.S. record she established at this year’s Millrose Games taken away because she tested positive for zeranol, an anabolic agent. She did not receive any suspension or other penalty because the growth hormone is legally used in U.S. beef cattle.

After some injuries earlier this year, the U.S. Championships proved a great showing for Muhammad, 27, from Queens, the first American woman to win Olympic gold in the 400-meter hurdles. Crossing the line at 52.64, Muhammad was significantly better than her Olympic time of 53.13 seconds. Two other athletes in the field were also under 53 seconds.

Finishing fourth in the 400 meters, Hastings, 30, who grew up in Brooklyn and Queens and attended high school in Harlem, was disappointed to not qualify for the individual 400 in London, but she is excited that her mother, Joanne, who was born in England and lived there until age 13, will come to see her run in the relay. Hastings praised the intensity and excitement of the USA Championships.

“We saw a lot of fast times,” said Hastings, who in 2007 won her NCAA title on that same track. “I’m still running just as fast as I was 10 years ago. Congrats to the ladies. I’m excited to go and represent team USA once again and to be a part of this team. All these opportunities are blessings.”

It’s been a good year for Hastings, who won the 400 meters at the Diamond League/Golden Gala meet in Rome and was part of the 4x400 relay team that took gold at the World Relay Championships. In addition to the World Championships, she has a few outdoor meets scheduled between now and September.

“I’m happy to still be kicking and screaming,” Hastings joked. “I’m still a force to be reckoned with and there’s obviously plenty left in the tank for me.”