Are Democrats too risk adverse for progressive change 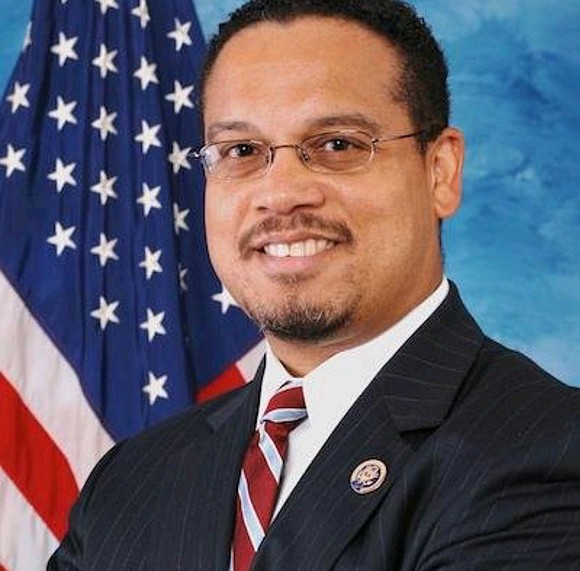 Almost eclipsed by the 2017 Academy Awards, but under the “dirty bird” skies of Atlanta, time stopped. The air thickened with two men in a pit, but only one would see the light of day. This event was the first contested Democratic National Committee chair election since 1985, and for many, predictably, not the last. In the second round, Tom Perez emerged as chairman, winning 8 percent more votes than Keith Ellison. Noticing the rancor in the air, Perez moved swiftly, motioning to suspend the rules and appoint Ellison as the deputy chair of the DNC. As they shook hands and hugged, I couldn’t help but be reminded of the staged wrestling matches my younger brother and I watched as children.  As my brother would scream with excitement, I would remind him, it’s only a show.

“We don’t have the luxury to walk out of this room divided,” declared Ellison as Perez followed. “They will ask where were you in 2017 when we had the worst president in the history of the U.S?”

Who in the Black community will remember this DNC 2017 match?

According to the 2014 U.S. Census Bureau ACS study, the highest poverty rates, 46 percent, are for Black families with children, an increase from 34 percent in 2000. The Bureau of Labor Statistics shows that in the fourth quarter of 2016, the unemployment rate for Blacks over 21 years of age fell to 7.3 percent. But from the public housing of Harlem to the streets of Chicago, many would argue the true unemployment rate is much higher in the Black community, and those jobs that are available seldom lift anyone out of poverty. Not to mention the escalated tension between police and the Black community: Eric Garner took his last breath at the hand of the New York City police, trying to provide food for his family.

I wonder, as the new DNC leadership spout words such as inclusiveness and progressive agendas, does that include progressive economic policies for disenfranchised Black and Brown communities? Policies such as advocating for more opportunities for minority- and women-owned businesses enterprises and working with the MWBEs to create jobs in their communities, so we don’t have to lose another Eric Garner. Or do inclusiveness and progressive agendas not apply to economics?

As Queens Congresswoman Grace Meng and Bronx Assemblyman Michael Blake won their bids for DNC vice chairs and now join Perez’s administration, I am cautious but hopeful.  Both Meng and Blake know this issue firsthand and could support Perez in executing a true progressive agenda, but only if the DNC means what it says.

Either way, four years go by fast, and the real Black community will either be in the room with the DNC or watching the match on television.

Charles Cooper is an activist and chairman of the African Advisory Council. Email ccooper10030@gmail.com.