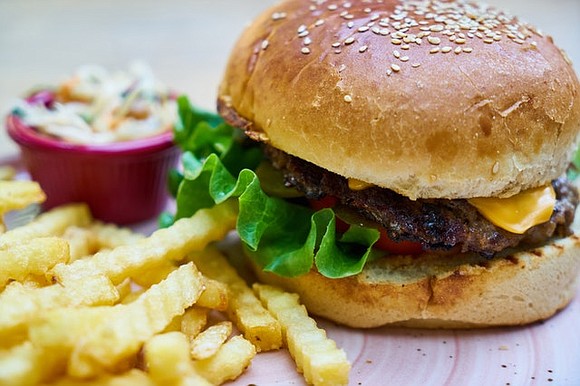 Ms. H was a 40-year-old patient who related that she was recently promoted to a supervisory position at her job. She earned more, but she went to work early and came home late. She related that the tension created by her new job caused throbbing headaches and was not worth the extra pay, but she had no alternative other than to accept the position.

Living in a two-fare zone and traveling on public transportation is rough. Her daughters, ages 14 and 17 years, were in high school and doing well. In fact, they were a pleasure to come home to and were extremely supportive, often having dinner waiting for her and her husband when they arrived home.

Ms. H had also been given an antidepressant medication for her headaches, although she related she had not felt depressed. The medication made her feel sleepy and tired. In fact, it was interfering with her work. Several medications had also been advised.

I asked Ms. H about her eating habits. She told me that she was aware that certain foods could cause allergic headaches. In fact, the neurologist had suggested that she discontinue certain foods that have been implicated in causing headaches. Foods such as chocolate, ripe cheese and fresh yeast products can cause headaches because of a naturally occurring chemical called tyramine, which causes dilation of arteries in the brain. She was also aware that other foods, including pickled foods, vinegar, yogurt, cheese, cured meats, nitrites and MSG (monosodium glutamate) were capable of causing vascular headaches.

Ms. H related that she had noticed when she discontinued the use of MSG that her headaches were less intense and almost subdued. She had to be very careful to read all labels because MSG is substituted for regular table salt (sodium chloride) in many food preparations and seasonings. She related that even when she ate at a Chinese restaurant, she would always instruct the waiter to leave out the MSG in her order.

Despite her health awareness and diet restrictions, for the past three months she still had been experiencing a return of the headaches. I asked Ms. H about her eating habits on the job. She related that when she didn’t bring her lunch, she usually ate at a fast food restaurant. Her recent diet consisted of chicken or fish with a salad. In fact, she could recall that after eating her lunch, the headache would start within a few hours and would peak while waiting for the bus on her way home.

I decided to call the fast food restaurant where Ms. H had her meals. I questioned the manager regarding the ingredients used to season the chicken. He told me he was not aware of the seasonings used in the food preparations because he received the finished product from another supplier. I then called the vendor and was told that MSG was one of the main ingredients in the chicken seasonings and probably was included in other dishes as well. Of course, Ms. H was given of this information and her headaches subsided.

It is important that any headache that remains constant should be medically evaluated by your physician. Even medications that you are taking may cause frequent headaches and should be reported. Beware! Fast foods can cause fast headaches!