Logan’s days of future past 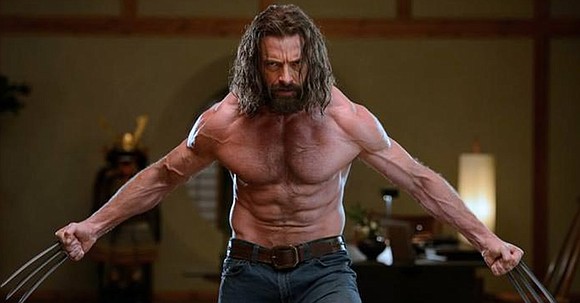 Williams: He first appeared in 1974 in “The Incredible Hulk #180,” but I first saw him in “Uncanny X-Men #116” where he popped out razor sharp claws from his fist, (probably) killed someone, reasoned with a sabertooth tiger and tracked teammates by their scents. He shook off a bite from a dinosaur, casually mentioning having unbreakable bones and fast healing. When Storm said, “There is more to you than meets the eye,” he retorted, “At my size, babe, that ain’t hard.”

Greenberger: In the comics, he stands a mere 5-foot-3, packing 195 pounds of muscle on his compact frame. He’s known as James Howlett, Logan, Weapon X, the old Canucklehead, Patch and Old Man Logan. But to most everyone else, he is simply Wolverine.

In the movies, he stands a towering 6-foot-2.5, hides his natural-born Australian accent and was almost played by Dougray Scott.

Williams: Or by Russell Crowe. Rumor is director Bryan Singer and the studio had a long list of preferences before having to “settle” for the actor they chose.

Greenberger: Singer gave the part to Hugh Jackman, who made his stamp from the first frame we see him in 2000s “X-Men” film…

Greenberger: The character’s popularity, coupled with Jackman’s own charismatic performance, prompted 20th Century-Fox to give him the first spinoff film, “X-Men Origins: Wolverine” (2009), which received a mixed reception and is best remembered for introducing us to Ryan Reynolds’ Deadpool. 2013’s “The Wolverine” was better overall, but still not the smash the studio had hoped for.

Williams: But they’re clearly undaunted because they got Hugh to don the claws for the ninth time in Logan. But, Jackman aside, what makes Wolverine appealing and bankable?

Well, beyond the aforementioned powers, Logan is the perfect “bad boy:” loads of swagger combined with mystery and pathos. Like Shane or Michael Corleone, Wolverine is inherently savage yet yearns to be honorable. He makes his peace by fighting for the helpless.

Greenberger: Logan was born in the 19th century and was an early mutant, with a healing factor that allowed him to have a prolonged life. He may have looked to be in his 40s, but Logan is far older.

Logan, said to be the 48-year old Jackman’s farewell to the character, is set in a near future. After spending the last few X-Men films in the 1960s and 1970s, this jump to 2029 may seem jarring. Logan is gray, the world looks wrecked and his friend and mentor, Charles Xavier (Patrick Stewart), is old and dying. “When you see the full movie you’ll understand. Not only is it different in terms of timeline and tone, it’s a slightly different universe. It’s actually a different paradigm and that will become clear,” Jackman told the media.

Much of the movie is inspired by a possible comic future that was conceived by Scottish author Mark Millar in a story called “Old Man Logan.” That particular incarnation of the character is now the Wolverine seen in the current comics headlining his own Old Man Logan title after the Marvel Universe underwent a massive revision last summer.

The film also features a young girl with claws of her own and this is Laura (Dafne Keen)—also known as X-23—taken from an entirely different set of stories. She’s a clone variant from Logan, complete with adamantium-laced bones and razor-sharp claws. Comic books, and notably the X-Men titles, have played fast and loose with reality so the team includes members from possible futures and alternate realities. Even readers with maps and guidebooks can be justifiably confused. The key stories can be found in the “Wolverine: Origins,” “X-23: The Complete Collection” and “Wolverine: Old Man Logan” collections.

Williams: And unless Logan deviates far from the comics and its trailers, expect a mashup of “The Wolverine,” “Mad Max” and “Unforgiven.”

“Logan” is in theaters this Friday.

Robert Greenberger created Comics Scene—the first nationally distributed magazine to focus on comic books, comic strips and animation—and is a former Marvel executive. He can be reached at BobGreenberger.com