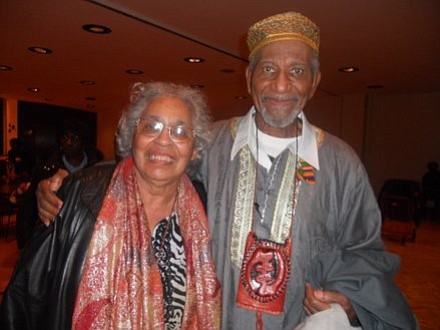 Some grassroots activists had hoped that by January this year former President Barack Obama would have addressed, if not released, some of the nation’s decades-long serving political prisoners on his way out of the White House. Perhaps the likes of Mumia Abu Jamal, or the Move 9, or Veronza Bowers, or Seth Hayes, or Jalil Muntaqim.

Alas, it was not to be, except for a joyous Oscar Rivera, who was released after spending 35 years and eight months in U.S. prisons.

Still, the fight continues for dedicated advocates and supporters of men and women imprisoned, some say, largely because of their Black Panther, Black liberation and Black self-determining efforts in the 1960s and 1970s. In that regard, The Malcolm X Commemoration Committee is organizing the 21st Annual Freedom Fighter Dinner Tribute in Harlem Saturday, March 4, 2017.

“When we say ‘Black Resistance Matters: No Surrender, No Retreat,’ it’s because neither our captured freedom fighters, their families or the Movement lawyers and doctors we will be honoring have done so,” dequi kioni sadiki (sic) told the Amsterdam News.

The chair of the MXCC added, “This year we honor a number of unsung legal warriors who have always been there in court, representing our freedom fighters to the fullest: Jill Soffiyah Elijah, Joan Gibbs, Florence Morgan, Bob Boyle, Michael Tarif Warren, Nkechi Taifa, Susan Tipograph, Lynne Stewart and Eve Rosahn.”

Panther-Zulu King Sadiki “Bro. Shep” Ojore Olugbala noted, “In Panther language, these lawyers are ‘people’s’ lawyers, or lawyers who have committed themselves to serving our struggle for our liberation and to social justice out of their own love for the people.

“These cases are not the kind of cases that bring lawyers celebrity status, wealth or fame to their profiles and in fact, it is just the opposite. They face and subject themselves to professional hostility just as our people face institutional hostility for daring to challenge unjust manner of this order and their prosecution and persecution of our freedom fighters. It can have its own set of dire consequences for them and we need to appreciate them for that as an oppressed community.”

“Over 150 years has collectively been served by these brave men thanks to COINTELPRO, and look at how this ended,” said dequi kioni sadiki. “Facing circumstances like these are almost impossible without committed lawyers like those who we will honor.”

Organizers have decried the fact that most recently Obama and a variety of governors have denied petitions of the likes of long-held political prisoners such as Shakur, Leonard Peltier, Jalil Al Amin and Jamal, who is in poor health.

This dinner (now co-sponsored by the National Alumni Association of the Black Panther Party), was established 21 years ago by Iyaluua Ferguson, wife of late co-founder and chairman emeritus, Herman Ferguson. This year the event will be held at the Adam Clayton Powell State Office Building (163 W. 125th St. at Adam Clayton Powell Boulevard, Third Floor). Dinner will be served at 4 p.m., and the libation at 5 p.m. Organizers say that all proceeds go to the commissary accounts of the political prisoners represented at the dinner.

The cultural presenters to perform at this year’s tribute will include Harlem’s own elder musician statesman of the spoken word Bro. Ngoma and Universal Zulu Nation DJ and revolutionary conscious hip-hop artist “Spirit Child & The New Black Arts Movement.”