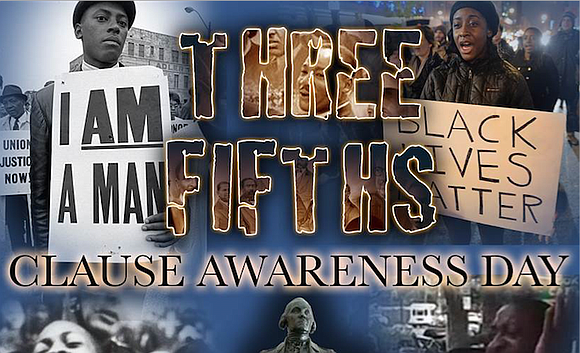 On Sunday, March 5, “Three-fifths Clause Awareness Day” is being observed for the first time in the city. A special program will take place at 3 p.m. at The Schomburg Center for Research in Black Culture in Harlem.

The three-fifths Clause (Article 1, Section 2, of the U.S. Constitution of 1787) was demanded by Southern supporters of slavery as a way of increasing their congressional representation and political power. They wanted slaves to be counted as full persons but settled on three-fifths. Council Member Andy King introduced legislations in the City Council calling on the federal government to add an amendment to add language that directly negates the three-fifths Clause. The New York City Council unanimously passed legislation for the official observance of “Three-fifths Clause Awareness Day” in New York C