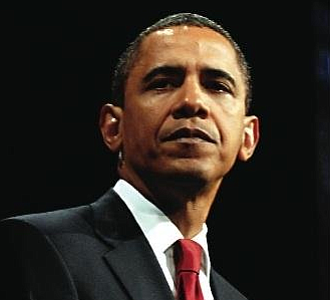 Although Obama has yet to respond to the claim himself, a spokesman to Obama called "any suggestion" that Obama or any White House official ordered surveillance against Trump "simply false."

"A cardinal rule of the Obama administration was that no White House official ever interfered with any independent investigation led by the Department of Justice," Kevin Lewis said in a statement early Saturday afternoon. "As part of that practice, neither President Obama nor any White House official ever ordered surveillance on any US citizen. Any suggestion otherwise is simply false."

Building on Lewis' remarks, former Director of National Intelligence James Clapper, who served under Obama, said Sunday that the intelligence agencies he supervised did not wiretap Trump last year, nor did the FBI obtain a court order through the Foreign Intelligence Surveillance Act to monitor Trump's phones.

"For the part of the national security apparatus that I oversaw as DNI, there was no such wiretap activity mounted against the President-elect at the time, or as a candidate, or against his campaign," Clapper said Sunday morning on NBC's "Meet the Press."

When asked whether he could confirm or deny whether the FBI could have tapped Trump's phones under the Foreign Intelligence Surveillance Act, Clapper said, "I can deny it," adding that, to his knowledge, there was no court order to monitor any phones at Trump Tower.

"No President can order a wiretap. Those restrictions were put in place to protect citizens from people like you," Rhodes tweeted Saturday morning.

He added that only a "liar" could make the case that Obama tapped Trump's phones prior to the election.

"President Trump is working very hard to try to distract the American public and the news media from the growing scandal about why his administration and why he himself has, at best, not been forthcoming about their talks and their ties with Russia," Earnest said in the interview.

Trump made the claims in a series of tweets on Saturday morning, without citing any evidence. His tweets are just the latest in a string of accusations since taking office that either directly contradicted the facts or lacked evidence to substantiate his claims, and they come just days after Trump was widely praised for the unifying tone of his joint address to Congress.

"Terrible! Just found out that Obama had my 'wires tapped' in Trump Tower just before the victory. Nothing found. This is McCarthyism!" Trump tweeted early Saturday morning in one part of a six-tweet rant that began just after 6:30 a.m.