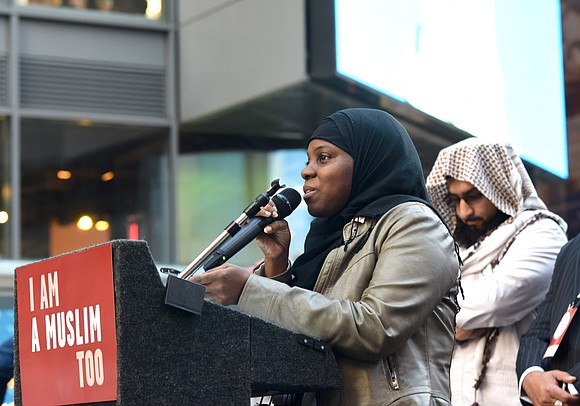 Thursday, March 9, at 12:30 p.m., the City College of New York’s Coalition to Resist Deportation will host their first protest at the CCNY’s North Academic Center Plaza. The group is a part of the CCNY faculty and students challenging recent acts against immigrants from specific ethnic groups who are under threat of deportation or actual being deported or being denied entry into the U.S. Currently at CCNY, almost 40 percent of undergraduates are immigrants or have family members who are immigrants.

Since President Donald Trump has taken office, the federal Immigration and Custom Enforcement agency have raided numerous homes, making arrests and threatening undocumented families. Many of those arrested and detained have lived in the United States most of their lives. Although reports show that many African and Caribbean immigrants have been targeted by ICE, the immigrants garnering most media attention are Hispanic and Islamic people. As Trump issued a revised executive order this week, protest organizers say they are determined to stay alert and proactive.

“The election of Donald Trump has reignited this ugly aspect of our society,” said CCNY coalition protest organizers in a statement. “This violates our most fundamental principles of equality and justice.”

Advocates to protect immigrants state that it has been widely reported that the federal officers are going to neighborhoods that are heavily populated with immigrants and harassing them. Not only does it violate what America is historically known for, but also it breaks up families and violates human rights, they say.  “The rally is a clear statement that Trump’s deportation force is not welcome on the City College campus, and our faculty, students and staff will actively resist any attempt to send them here,” said Professor Bruce Cronin, chair of the department of political science at CCNY. “Our demands are simple: Stop the detention and deportation of undocumented residents and repeal all executive orders limiting entrance to the U.S. based on country of origin or religion.”

Organizers said the rally will be followed by a march to Amsterdam Avenue, where participants will surround the campus, “symbolically protecting undocumented students from federal raids.” City College has declared itself a “sanctuary campus.” They plan to work closely with other campuses in New York and around the U.S.