UNCF ‘A Mind Is...’ Gala held in Midtown 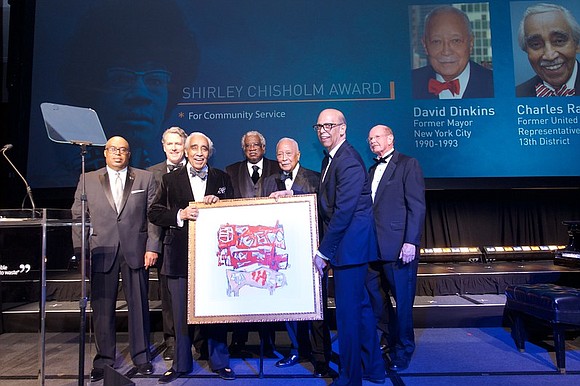 It was a star-studded event at the United Negro College Fund’s annual “A Mind Is...” Gala last week. This year’s event, which was held at the Grand Hyatt New York, honored both Congressman Charlie Rangel and former New York City Mayor David Dinkins along with Alpha Kappa Alpha Sorority, Inc. and Target.

The fundraising event comes on the heels of President Donald Trump’s recent meeting at the White House with presidents from historically Black colleges and universities and other Black college officials. At the meeting Trump signed an executive order moving the White House Initiative on HBCUs, previously part of the Department of Education, into the White House.

In December, UNCF prepared and submitted “A Memo to President-elect Donald Trump: Ten Ways to Invest in Historically Black Colleges and Universities,” which laid out a substantive 10-point plan in support of HBCUs. This plan identified its top two priorities for HBCUs: a stronger, new White House executive order aimed at increasing federal support for HBCUs, and a White House summit with HBCU leaders.

UNCF President and CEO Michael Lomax talked about the meeting at the gala and what the move means.

“For 93 years, UNCF, as a nonpartisan organization, has worked across the aisle with presidents and members of Congress of all political persuasions for a common goal: ensuring that African-American students have the opportunity to go to and through college and onto successful careers,” he said. “We approach our relationship with this president in that spirit.”

Lomax added that UNCF presented their HBCU Value Proposition to Trump and his advisors and plans to keep the education community informed about the progress. The HBCU Value Proposition states that HBCUs represent 3 percent of all colleges and universities in the nation, produce 18 percent of all African-American college graduates and generate a quarter of all bachelor’s degrees in STEM fields earned by African-Americans.