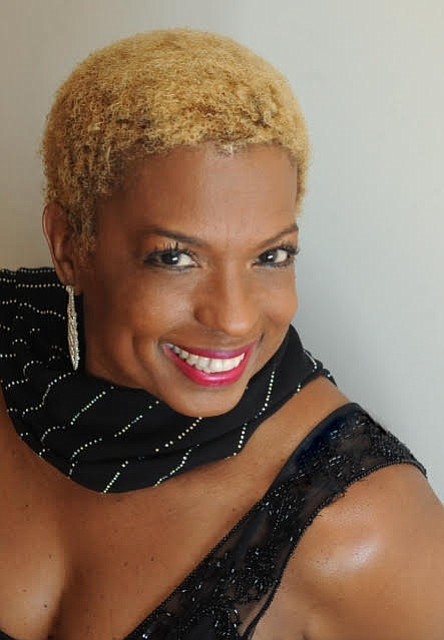 Only a few days remain to see the dramatic tour de force one-man show “Adam,” performed by Timothy Simonson. The play is a revival of the original production produced by Woodie King Jr. at the New Federal Theatre.

Simonson, who received an AUDELCO Award as best leading actor was called by King to once again take over his role as “Adam.” He portrays Adam Clayton Powell Jr., the first African-American person elected to Congress from New York (1945-1971).

His portrayal is an up-close perspective on the charismatic pastor of Abyssinian Baptist Church as he journeys from the pulpit and to become one of the most powerful politicians in the Democratic Party as a civil rights activist representing social issues and international issues supporting Africa and Asia.

“Adam” was written by Peter DeAnda and directed by Ajene D. Washington. The play runs now through March 12 at the Castillo Theatre at 543 W. 42nd St. For tickets, visit the website Castillo.org or call 212-941-1234.

Final show times are Thursday-Saturday at 7:30 p.m. with matinees Saturday and Sunday at 2 p.m.

The Detroit native, who was mentored and instructed by her late husband, the great trumpeter Marcus Belgrave, has a warm energetic timbre that ignites attention.

“For Women’s History Month we will be celebrating great ladies like Ella and Dinah Washington,” said Belgrave. “I will also add some of my originals, and the blues is a necessity.”

March 10, Jazz at Lincoln Center will present a free screening of the award-winning documentary “Night Bird Song: The Incandescent Life of Thomas Chapin.” The showing will be at 7 p.m. in the Irene Diamond Education Center at the Frederick P. Rose Hall on Broadway at 60th Street.

A Q&A will follow the screening with the filmmaker, Stephanie J. Castillo, an Emmy-winning director, and her co-producer/co-writer, Noel M. Izon. She spent four years making the documentary and interviewed more than 45 people in the U.S. and Europe.   The event marks a full year of U.S. and international screenings of the film and celebrates Thomas Chapin’s 60th birthday anniversary (March 9). He died of leukemia in 1998 at age 40.  Jazz at Lincoln Center’s education director, Seton Hawkins, invited Castillo to show her all-new 96-minute version of the film. Her original cut of “Night Bird Song” was shown throughout 2016 and runs 150 minutes.

The multi-instrumentalist, composer and bandleader was constantly on the edge, pursuing jazz from his own perspective that took twisted turns and bent notes. He was musical director for Lionel Hampton’s band from 1981 to 1986.

His in-depth studies began in the 1970s, when he attended the Hartt School of Music at the University of Hartford in Connecticut, studying with saxophonist Jackie McLean. The film documents his musical progression to a deeper sound that blossomed into avant-garde.

This documentary is an intoxicating story of love and music and music and love. Contact castillosj@aol.com or Jazz at Lincoln Center www.jazz.org.

To be thoroughly energized while sitting on the edge of your chair snapping your fingers and tapping your feet, maybe to an irregular beat, the place to be is the Jazz Gallery, March 10-11.

The Jazz Gallery is the premier jazz organization that consistently bridges the gap between traditional jazz and avant garde, introducing new young guns and established legends. Often to make the sound more interesting, they bring together young guns with their elder mentors.

In honor of Women’s History Month the Schomburg Center for Research in Black Culture will present their annual Women’s Jazz Festival, celebrating Ella Fitzgerald’s centennial birthday and continued influence on the evolution of jazz with “Ella, Ella: A Centennial Celebration of Mama Jazz!” The program, which started March 6, with “Divine Ella,” takes place each Monday in March at 7 p.m.

This retrospective will present Fitzgerald’s impact on today’s diverse and progressive voices and explore her unique influence in contemporary music.

Monday, March 20, Women’s Jazz Festival in Conversation: “There’s Something About Ella,” a free talk that will reflect on the legacy of Fitzgerald. To RSVP for this free talk, visit the website schomburgcenter.org.

Monday, March 27, the final evening of the festival, will provide a glimpse of Fitzgerald’s influence as an internationally acclaimed jazz artist with “J’adore Ella.” Featuring the French duo, Les Nubians, sisters Hélène and Célia Faussart from Bordeaux, France. They are known for melding African rhythms with jazz and R&B.

In 1990, Fitzgerald received the French medal of Commander of the Order of Arts and Letters (Commandeur des Arts et des Lettres) for her significant contributions to jazz.

Tickets are $25 for members and $30 general admission.