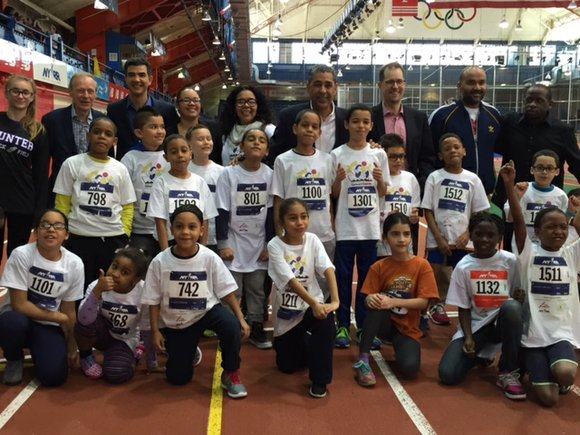 The New Balance Track & Field Center at the Armory in Washington Heights will once again be a focal point of the sport’s cognoscenti as it hosts the New Balance Indoor Nationals meet this Friday through Sunday, featuring some of the best high school athletes in the country.

In past years a plethora of track and field’s rising stars have participated in the Nationals before going on to collegiate and professional stardom. Last year, many longtime track and field followers asserted the Nationals was the greatest indoor high school meet of all time. The contention is supported by the numbers: 35 meet records, 11 national records and 16 national class records were established.

This year’s field will be headlined by, among others, sprinter Trey Cunningham. The senior from Windfield High School in Windfield, Ala., ran the fastest scholastic 60-meter hurdle time in history Jan. 28 at the Last Chance Invitational in Birmingham, Ala., clocking 7.49 seconds. Additionally, he set a personal best at the event in the 60-meter dash, crossing the line in 6.78 seconds.

A week later at the Alabama High School Athletic Association Indoor Track and Field Championships, Cunningham, who has committed to attend college at Florida State, set a new Alabama Class 4A/5A 60-meter dash record by running 6.79. He then obliterated the previous 60-meter hurdles record of 8.30, blazing a time of 7.58. Cunningham also took home the long jump title, soaring 23 feet 1 inch, and he captured the 400-meter dash in 50.09.