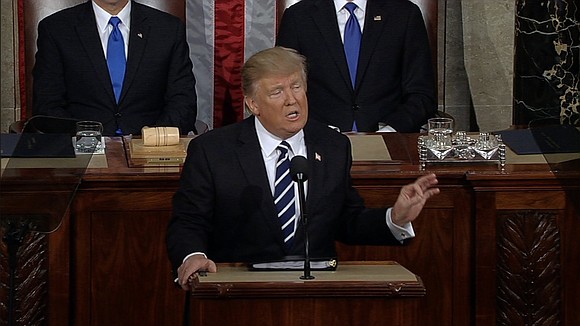 Donald Trump’s potential replacement of the Affordable Care Act has caused an uproar among progressive politicians in the country—and among non-progressives.

The “American Health Care Act” has seen opposition from both Washington Democrats and the libertarian wing of the Republican Party. The latter, led by Rand Paul consider the bill “Obamacare Lite” and think Trump isn’t going far enough with his health care plan. Others, such as U.S. Senator Kirsten Gillibrand, criticized the bill for potentially making health care more expensive for America’s vulnerable citizens.

“I believe health care is a human right and that Americans should never be denied access to quality, affordable health care,” said Gillibrand in a statement. “President Trump’s health care proposal would force middle class families and seniors to pay more money for less care and leave more people uninsured, all while giving huge tax breaks to insurance companies and the highest wage earners. It would cripple state budgets by cutting Medicaid funding and would give health insurance companies a special tax break for CEOs who make over half a million dollars.”

“Planned Parenthood started in New York City more than a century ago and has been caring for New Yorkers ever since,” stated de Blasio. “If President Trump thinks he can trade women’s health care decisions for right-wing ideology without a fight, he’s deeply out of touch. As New Yorkers, we will stand with women and with Planned Parenthood and always support a woman’s right to make the decisions that work best for her and her family.”

But one group of local politicians believe that “TrumpCare” is the first step in correcting what they believe to be “a bad piece of legislation.” They believe that it’ll lower costs and improve efficiency and oversight.

“The Affordable Care Act, also known as Obamacare, is flawed, and is being repealed and replaced,” read the Queens Country Republican State Committee’s statement. “Under Obamacare, New Yorkers are losing their doctors, facing canceled policies, higher premiums and/or higher deductibles. Obamacare mandates limit how individuals can choose, spend and save their health care dollars.”

Other states are fighting against Trump’s plan to “repeal and replace” the ACA by making sure they take care of their own. California State Senator Ricardo Lara is the joint author of the Healthy California Act that would create universal health care for all California residents. He considers the plan pushed by Trump, House Speaker Paul Ryan and company to be dangerous to the most vulnerable Americans.

“Speaker Paul Ryan’s plan to shred the Affordable Care Act is a hard-right wish list that will cover fewer people and cost more, and a huge step backward from our goal of universal health care,” said Lara in a statement. “We need a way to cover the millions of Californians who will lose insurance or pay more under Republicans’ plan, and that’s what the Healthy California Act will do.”