‘The Genius of Geoffrey Holder’ at JCAL 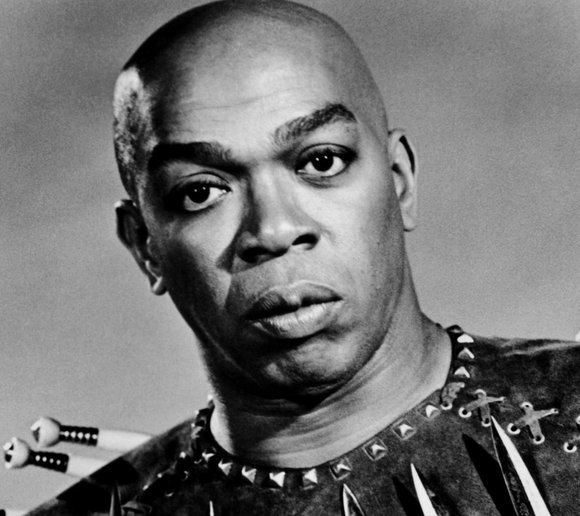 Black History Month may be over, but the exhibit “The Genius of Geoffrey Holder,” currently showing at the Jamaica Center for Arts and Learning, has just begun and will be on display until May 30.

“The Genius of Geoffrey Holder” was only one element of the JCAL’s Black History Month Celebration. The month was filled with diverse programs, including dramatic readings, film screenings and performances such as last week’s one-time performance of “The Wiz.”

Joyce Chan, the program associate at the JCAL, said it was a coincidence that the exhibition lined up with the rest of their Black History Month programs.

“The exhibition is one that is in conjunction with the Boro-Linc program at Lincoln Center Education and the New York Public Library for the Performing Arts, and loaned to us from their exhibition,” said Chan.

Before his untimely death in 2014 of complications with pneumonia, Trinidadian-born Holder was a dancer, choreographer, actor, painter, singer, costume designer and director.

The free gallery showcases visual art and photography that reflects Holder’s performing career, Tony Award winning work as director and costume designer for “The Wiz,” and his contribution to the Alvin Ailey Dance Company and the Dance Theatre of Harlem.

Upon entering to the dimly lit gallery, visitors are greeted with three life-sized portraits. Two of the photographs are of Holder in his early years as a performer, and the middle photograph shows an older Holder embracing his wife, Carmen de Lavallade.

The white walls of the William P. Miller Jr. gallery are covered with 25 frames of roughly the same size, each lit by a single hanging light. Some of the frames encase photographs and others hold newspaper articles and drawings.

The simple black-and-white photography went well with the overall color scheme of the room. The strong images were not just portraits of Holder, but glimpses into Holder’s personality, personal life and charm. A few of the photos showed Holder at rehearsal for his productions and captured him interacting with all of his actors, from the leads to the chorus line.

“Most of the visitors are people who knew who Geoffrey Holder was,” said Trevon Turner, a staff member at JCAL. “You can tell that they appreciate [the exhibition] more.”

An article written by May Okon titled, “Trinidad Lad” shared a frame with an article by Holder titled, “That Fad From Trinidad.” Okon’s article followed Holder’s life from Trinidad and Tobago to New York City, where he met fellow dancer and wife de Lavallade. “That Fad From Trinidad” was an opinion piece by Holder that ran in The New York Times April 21, 1957—almost exactly 60 years ago—that explains the origin of Calypso music.

Holder’s Trinidadian culture has influenced his choreography and costume design for his productions. The noticeable use of feathers and bright colors in the costume drawings for “The Wiz” mimic costumes worn by Trinidadians during Carnival.

Holder’s artwork was not limited to costume designs for “The Wiz” and his 1979 production of “Timbuktu.” In 2012, toward the end of his life, Holder was still creating original artwork out of recycled materials, often using cardboard, colored tissue paper and construction paper.

“The Genius of Geoffrey Holder” exhibition is open to the public from 10 a.m. to 6 p.m., Monday through Saturday. For more information, visit www.jcal.org/holder-exhibition.