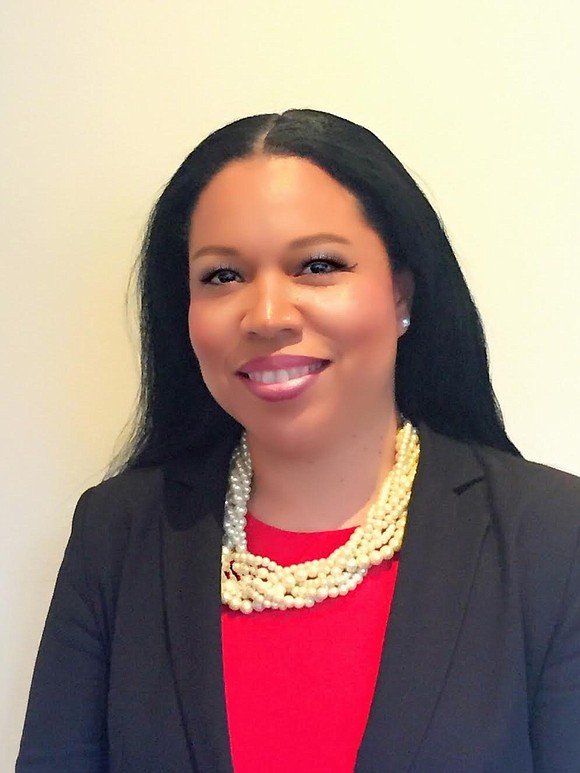 Kim M. Parker, Esq. serves as executive director of the Metropolitan Black Bar Association, a position she’s held for almost two years. Aside from being the leader of the citywide association of African-American and other minority lawyers, Parker’s work goes beyond the courtroom.

A native of Harlem, Parker is African-American and Korean and observed a need for attorneys and the work they did at a young age.

I watched my parent’s friends and other people who needed attorneys for different aspects of their lives,” she said. “I saw it as a career that there was a need for.”

Parker graduated from Hampton University with a degree in marketing and the Touro College Jacob D. Fuchsberg Law Center. She opened her own law firm in 2002, Kim M. Parker, P.C., choosing to build her practice in Harlem. She specializes in civil litigation and family and real estate law.

“When I ultimately graduated from law school, I decided to open my practice in Harlem,” she said. “I wanted to give back to my community and for my clients to be close by instead of them having to go downtown for legal services. I received a lot of support from the community because I grew up here and people knew me.”

Before opening her own practice, Parker worked for Judge Laura Safer Espinoza, for Bronx District Attorney Robert Johnson and as an adjunct professor at Interboro Institute.

One of her most notable positions was as special counsel and director of events for then-State Sen. Eric Adams. Staying in politics, she also worked on campaigns as a Brooklyn organizer for Attorney General Eric Schneiderman and the 2009 mayoral campaign for William Thompson.

On the community service side, Parker has done pro bono services for domestic violence victims and the Access to Justice Volunteer Attorney Program in family law, housing and consumer debt.

In 2014, Parker provided pro bono legal services for President Barack Obama’s Clemency Project, which serves federal prisoners who would have received shorter sentences had they been sentenced today.

In 2015, she became the first executive director of MBBA.

“The organization was growing and they felt they needed an executive director,” Parker said. “My position allows me to work with community leaders, elected officials and organizations around the city to look for way to partner and collaborate on different initiatives. Being an attorney in New York City for the last 17 years, I’ve built a lot of relationships.”

Her next initiative is an effort to get voting registration and certificates of release for the formerly incarcerated. Parker wants to make the transition back into society easier by creating a one-stop-shop with several agencies to expedite the process.

“I feel like everything prepares you for the next level even when you might not know what it is,” she said. “Right now, I’m just leaving myself open to whatever the next step will be.”