Jurnee Smollett-Bell: The wounds of slavery have not healed 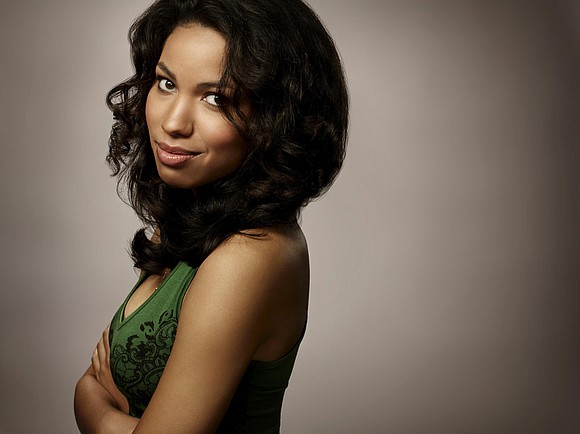 NEW YORK (CNN) -- Despite being a fierce opponent of President Donald Trump, Jurnee Smollett-Bell remains hopeful during his presidency because the "spirit of revolution" brings change.

One of the actress' inspirations as an activist is her character, Rosalee, a young slave fighting for freedom in the WGN TV series "Underground."

"It's such a privilege for all of us to be able to be used as a vessel to tell this sacred story," Smollett-Bell said, "and in paying homage to our ancestors, I think we've all gained so much inspiration and hope and just being able to reach back and hold on to these revolutionaries, these real heroes who changed our nation."

"Underground" chronicles the story of a group of slaves and their grueling 600-mile escape from a Georgia plantation in the 1850s.

The Macon 7, as they're called, were aided by abolitionists along their journey through the Underground Raailroad during the antebellum South.

Season 2, which premiered last Wednesday, begins with Rosalee on the run after having been separated from her family and the love of her life. Even though she has attained her own freedom, she is unable to be happy knowing that her loved ones are enslaved.

"With 'Underground,' we see that the wounds that we all as a nation inflicted upon our brothers and sisters during slavery have not been healed," Smollett-Bell said, reflecting on the current political climate. "There's still a really divisive residue in our nation that's called racism and prejudice and oppression and sexism."

She said that although she doesn't want to give Trump "the credit of stirring us up," his rise is a "call to action," particularly for those who might have gotten "a little relaxed" during former President Barack Obama's tenure.

"Honestly, I have so much hope for all of us," said Smollett-Bell, who served as a surrogate for Obama's 2008 and 2012 campaigns. "We are being called to action, and I really see a movement of love, a movement of positivity really gaining so much momentum. If anything, that's what I want to focus my energy on."

The "Underground" cast -- which includes Amirah Vann, Alano Miller, Aldis Hodge, Misha Green and Joe Pokaski -- teamed up with the Leadership Conference on Civil and Human Rights, Cut 50 and the American Civil Liberties Union last week, releasing a series of public service announcements to speak out against mass incarceration.

"For more than 30 years, we've waged a racially discriminatory war on drugs that's devastated poor black and brown communities," the actress says in the PSA, calling on Americans to contact their lawmakers to advocate for criminal justice reform.

Activism, described by Smollett-Bell as "citizen vs. soldier," is a prominent theme in "Underground" Season 2, which implores audiences to determine whether they will choose to stand on the battlefield or remain silent.

"A lot of the issues today may not affect us personally, but we can't stay in our comfort zone when it comes to protecting our brothers and sisters," she said. "We have to get out there and use our voices for them as well."