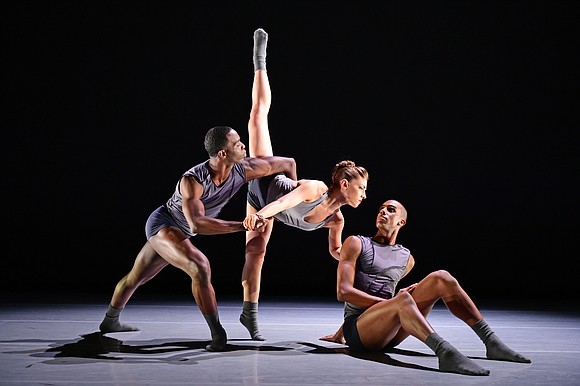 Back in 1974, when Alvin Ailey launched Ailey II, it had a dual mission: preparing talented young dancers for the next level of their careers while taking dance into venues where size and/or budget made hosting the main company impossible. Well, thanks to the high caliber of the talent Ailey II attracts, it has been both a training ground and a launching pad for some serious talent. Just ask current AAADT company members Jacqueline Green, Fana Tesfagiorgis, Jamar Roberts and Daniel Harder, among others. That means Ailey II audiences get to see tomorrow’s stars today.

That is also true of the choreographers whose works are featured in Ailey II programs. Thanks to Troy Powell, the company’s current artistic director, and Artistic Director Emerita Sylvia Waters, who Ailey hand-picked four decades ago to lead the new venture, the company has featured an impressive list of young choreographers, including Kyle Abraham, Jamar Roberts and others.

Powell said, “Ailey II’s mission is based on nurturing the wonderful gifts of these dancers and choreographers. The up and coming dancers that we groom for the two years they’re with Ailey II are not only very talented, they’re very mature.”

Powell said Ailey II has evolved into something more than a training ground. “In fact, we’re definitely at a level where this company has its own identity,” he explained. “Ailey II has traveled all over the world and performed in amazing venues because of these talented dancers and the fact that they’ve evolved so much artistically, technically and professionally.”

A recent interview with two Ailey II dancers—Khalia Campbell and Jacoby Pruitt—revealed another ingredient of the company’s success, unbridled enthusiasm. Both dancers exude the type of contagious energy and excitement that can inspire sparks when they take the stage. Bubbly and breathless, Campbell described her career journey from LaGuardia High School to a gig with former AAADT dancer Sarita Allen, to classes at Dance Theatre of Harlem and the Ailey School and an audition that landed first an apprenticeship, and then

“In April, I’ll have been with the company a full year,” she said. “To be able to perform in my hometown where my family, friends, teachers—everyone from my day care center to high school—can came and see me perform, well, I’m so excited.”

Pruitt is equally excited about the upcoming Skirball season, even though he’s nearing the end of the standard two-year stint with the company. Pruitt recalled the serendipitous journey that involved his best friend joining the company, a chance meeting with Powell and an invite to take a company class that led to an invite to join Ailey II. As luck would have it, the company was about to go on tour when another dancer fell ill and Pruitt had to step in on a moment’s notice and begin his stint earlier than expected by learning

“It was wonderful,” Pruitt said. “Being part of Ailey II is the greatest blessing ever. Everyone is in a similar place in their life and the energy level is so high because we all want this so much. Also, because we’re a small troupe, everyone is well utilized. It’s fantastic.”

Pruitt hastened to add that the NYU Skirball season is special for another reason. “I am so excited that I get to perform at my alma mater, NYU,” he said.

Imagine 12 dancers hitting the stage all equally excited. Add choreography that delights and challenges them. Stir and what do you get? Powell says, audiences will get an Ailey II season that stacks up as something special as he runs down the list of dances featured during the upcoming season.

On the bill are two different programs—one highlights all new works and the other contemporary favorites. The new works include “Circular,” a blend of classical and contemporary ballet by Princess Grace Award-winning Jae Man Joo, “Stream of Consciousness” by former Ailey dancer Marcus Jarrell Willis, described as an “exploration of the tumultuous monologue within one’s mind,” and “Sketches of Flame,” Bridget L. Moore’s rapturous fusion of flamenco influences with her African-American and contemporary aesthetic.

Powell said each program is a carefully chosen recipe for success, explaining that one of the joys of being at the helm of Ailey II is that he gets to choose works that not only challenge the dancers but also thrill the audience.