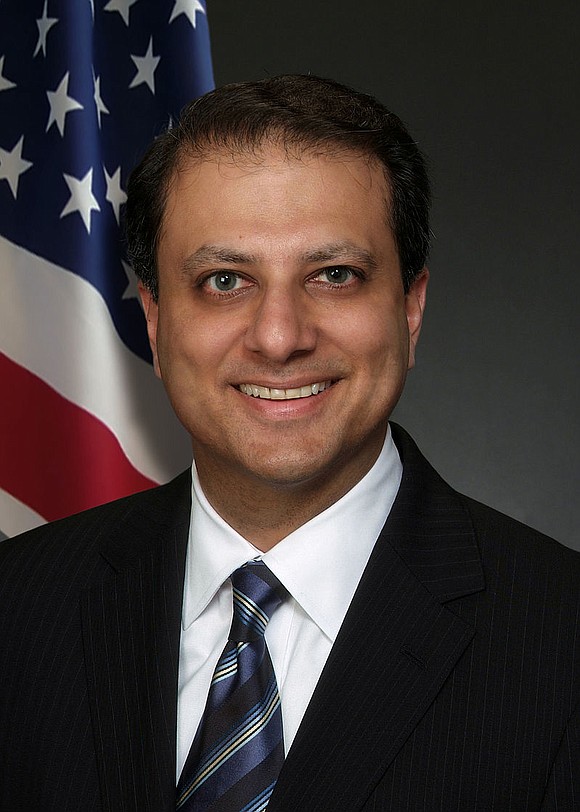 There is nothing unusual about a president wanting his own federal attorneys in place, recall that President Clinton conducted a similar housecleaning in 1993, dismissing 93 attorneys.

And Trump’s dismissals might have been less of a story if he hadn’t initially promised to keep Bharara in place, and then suddenly with a flick of his terrible tweet, Bharara was sayonara.

Why he would ask Bharara to step aside appears a bit counterintuitive because the attorney had members of both Gov. Cuomo’s and Mayor de Blasio’s administrations in his crosshairs, and both being Democrats would be of no concern to Trump.

But, alas, there is no predicting where Trump’s tweets will strike next, although in the long run he may regret having Bharara surrender his seat, which he refused to do voluntarily, forcing Trump to fire him.

Some illustrious attorneys have ruled from the Southern District seat, including Thomas Dewey and even James Comey.

More than any kind of vindictive move on Trump, one wonders what will happen to Bharara’s hit list. “It will probably will be assumed by a deputy,” said Rep. Greg Meeks, when asked the question during his appearance on Imhotep Gary Byrd’s show on BLS Sunday.

So, is it private practice for Bharara, will he land somewhere in a fertile corporate patch or will he fester and explode, finding another way to get back at a president who once again failed to keep his promise?