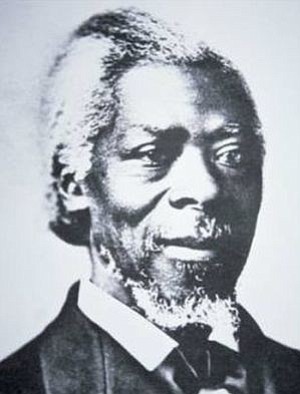 A few days ago on March 10, there were a number of events commemorating the death of Harriet Tubman, the legendary abolitionist who died on this date in 1913. A friend of mine asked me had I seen segments of “Underground,” now airing on WGN, which depicts a group of courageous runaway slaves from plantations in Georgia. I have not seen the series, but invariably, if they are referencing the Underground Railroad, then Tubman, a pioneer in these escape routes, must be at least mentioned.

The Underground Railroad is something I discuss at length in my forthcoming book “Black Detroit—A People’s History of Self-Determination,” and considerable space is given to the indomitable William Lambert, who, like Tubman, was a major conductor on the fabled railroad to freedom.

From his station, or terminal, in Detroit, Lambert helped to spirit many runaways across the river to Canada, especially after the passage of the Fugitive Slave Act in 1850 that extended even greater power to bounty hunters.

Born in Trenton, N.J., Lambert was 21 when he arrived in Detroit in 1838. He had visited the city on two previous occasions while working on boats that plied the Great Lakes. With an activist background inculcated by Quakers, he wasted no time getting acquainted with like-minded abolitionists in the city.

When he wasn’t working as a tailor, he could be found among the leaders of the city’s antislavery organizations. His main preoccupation was working as a conductor on the Underground Railroad, assuring the safety of runaway slaves during their stay in Detroit and then escorting them to freedom across the river.

He was a phenomenal conductor, and although he might have exaggerated the number of fugitives he guided to Canada, the general consensus among historians is that some 40,000 men, women and children in flight from bondage passed through his gentle and caring hands. His prominence as a conductor was soon superseded by his skills as an orator, when in 1840 he addressed the Michigan legislature, demanding a constitutional franchise for an increasing Black population that had grown to 707 in the state and 193 in the city.

These migrants often arrived with only the clothes on their backs. The churches were the most accommodating sanctuary for them. Nowhere were the doors more open and the sanctuary more inviting than at Second Baptist Church, Detroit’s oldest Black church, where Lambert was a founding member.

In 1846, Lambert left Second Baptist Church and played a key role in establishing St. Matthew’s Protestant Episcopal Mission. As he had done at the previous church, he was a leader in biblical and general education, particularly teaching Sunday school and other subjects for the church’s members.

Joining Lambert in a leadership role at St. Matthew’s was the Rev. William Monroe, and under their stewardship the church soon surpassed Second Baptist and the Bethel African Methodist Episcopal in membership, ultimately becoming the most influential Black church in Detroit.

Lambert, along with his notable associate, George DeBaptiste, was allegedly affiliated with a group of renegades called the McKensyites, who took slaves from their owners to resell them. “Sometimes they sold slaves three and four times before bringing them north,” one historian concluded. Lambert said he used these scoundrels, believing the ends justified the means. With DeBaptiste, Lambert created an elaborate system of communication that combined secret handshakes and passwords that they defined as the African-American Mysteries: The Order of the Men of Oppression. The system made it possible to convey information from passengers to conductors on the railroad, thereby facilitating safe passage.

The duo also used a system devised by DeBaptiste, during his tenure as a conductor in Indiana, of switches of horses and wagons to throw the slave catchers off the trail of the horses, all of whom knew how to get from station to station in pitch darkness.

As a member of the Colored Vigilant Committee of Detroit, Lambert was among the abolitionists who assembled on evening in 1858 to discuss with John Brown his idea of a Provisional Constitution that would be introduced at a meeting in Chatham, Ontario. Brown had composed the document while living with Frederick Douglass in Rochester, N.Y. During the meeting, Lambert agreed to be a treasurer of what Brown envisioned as an anti-slavery government. And Lambert was among those gathered to continue the plans when Brown returned the following year.

Over the remaining decades of his life, Lambert continued to be a devout civil servant and the patriarch of a family that was counted among the city’s elite. His daughter, Mollie, became a noted author and journalist, her articles published in leading African-American publications. By the late 1890s, Lambert began to experience some physical and mental difficulties. One day in April 1890, he was found hanging lifelessly from a rafter in the woodshed at the rear of his house. Earlier, there were indications that he was a troubled man after he was discovered unconscious, apparently stricken with some sort of brain disorder.

On the day of his suicide, he had attended church, came home and went to the woodshed with a length of doubled clothesline, climbed on a sawhorse, passed the loops around his neck, and then kicked the sawhorse from under his feet.

Lambert was a pillar of Detroit’s community and his funeral was attended by hundreds, and his daughter wrote a loving tribute to her father whose life and dedication she was determined to follow, which she did to great acclaim.