WOC to see at SXSW 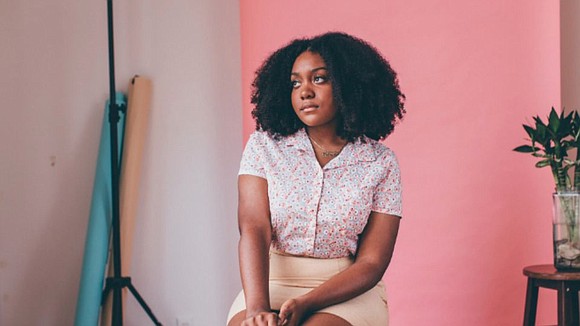 SXSW, the Austin, Texas-based, nine-day music, arts and technology conference, is upon us once again. Since its inception in 1987 the festival has grown to an all-out citywide inundation of the country’s most ambitious innovators, artists, thinkers, filmmakers and musicians.

Even though the festival, in its 30th year, has housed influential Black artists such as Ava DuVernay or music critic Laina Dawes who highlights Black women in metal, and despite Black Girls Nerds being a featured podcast at this year’s SXSW podcast exhibition, there’s very little said about women of color musicians if they are not sitting on a panel or presenting an exhibition, film or tech presentation.

To ease the process of finding a few extraordinary women-of-color musicians who are performing at this year’s SXSW conference, we’ve listed a few playing shows this year.

Chicago-based Noname, also known as Fatimah Warner, just completed a sold-out American tour, taking less than two weeks off before she lands at SXSW to play a rooftop show at Maggie Mae’s March 14 at 7 p.m. Noname performs a fusion of spoken word, neo soul and hip-hop that is reminiscent of ‘90s Chicago hip-hop but brings a level of lightless. Her laidback vocal delivery is comforting, and her beats are minimalistic and sensual. You’ve got to experience Noname live to feel the energy and the light influence of American Black spirituals. Her emotions and ability for storytelling permeate her latest album, “Telefone,” which can easily become a classic neo soul album in the future.

You’ll have to stay up into the wee hours of the morning as soul musician Jamila Woods will be performing at Barracuda Backyard March 14 at 1:05 a.m. It’s all worth the wait though. Woods’ voice has graced the theme song of the hit web series, “Brown Girls,” starring Fatimah Asghar, who plays a queer South Asian-American writer named Leila, fumbling with humor and power through life. Through this theme song, Woods’ voice has become a voice of WOC feminism and independent film/television. Her music has been impactful in its own right as her collaboration on the Donnie Trumpet & The Social Experiment track, “Sunday Candy,” hit 19 million hits on SoundCloud, leading her to sign to Chicago-based independent label Closed Sessions. Woods’ poetry, music and Afrocentric artistry is another essential addition to SXSW that will bring eclecticism and depth to the music conference.

The Baltimore-based indie pop musician Ami Dang will perform an official SXSW show at BD RILEY’S March 14, 2017, from 7 p.m. to 7:40 p.m. Dang is a fiercely unique indie pop performer who uses the sitar as her main instrument. She blends traditional Eastern songs and chord progressions learned from her Sikh upbringing with American music that she grew up listening to, such as her older sister’s favorite bands Violent Femmes, Jesus Jones and C&C Music Factory. Her music is like nothing you’ve ever heard because of her unique Indian-American background. It causes her most recent release, “Uni Sun,” to inhabit textures and tones that challenge you and your idea of what indie pop music can or should be. She also sings in her family’s native Indian language and in English. Her music is so essential when it comes to women of color being themselves and showcasing the uniqueness of their backgrounds and lineage.

SassyBlack was one-half of Sub Pop Records experimental hip-hop/soul duo, THEESatisfaction from 2008 to 2015 when she and her artistmate StasTHEEBoss performed at SXSW in 2012 and 2015. This year, Catherine Harris-White is returning to SXSW with her solo project, SassyBlack, for the second year in a row. She’ll be playing her sexy, vibey R&B pop tunes at Iron Bar March 16 at 11 p.m. for her official SXSW performance. Harris-White’s humor and charm shine through when she sings pop love tracks such as “Secret Dreams of a Baller.” Her full 2016 album, “No More Weak Dates,” is all about her frustration with her romantic life. Most importantly, her voice is astounding and an incredible addition to contemporary Black music.