Don’t rush it, to flush it! 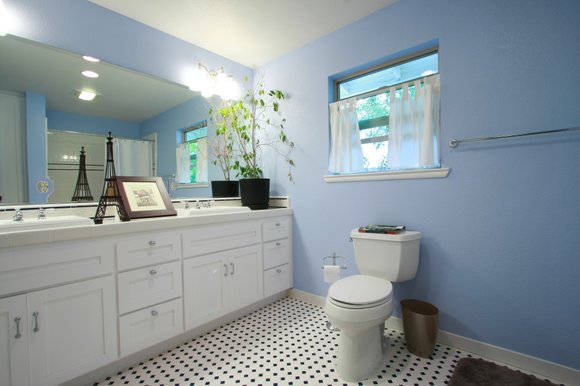 A few years ago, I wrote an article titled “Don’t Rush With the Flush.” In that article, I was concerned about the amount of bacteria that is released into the atmosphere after flushing, contaminating all surfaces in the bathroom. This release of germ-laden air also contaminates the lower part of the body, which can cause infections of the vagina, bladder and the skin surrounding the rectum. In males, a chronic infection of the urethra within the penis can also occur, causing a discharge that can be mistaken for a venereal disease.

I suggested to my readers that they should avoid flushing the toilet after a bowel movement while sitting. In other words, don’t rush with the flush.

It is interesting that toilets in hospitals have no covers, and therefore upon flushing, bacteria and other organisms are spread throughout the bathroom and adjoining rooms. This bacterial contamination can involve surgical wounds that are healing, as well as openings where needles have been inserted for IV infusions, which can lead to sepsis (blood contamination).

The cause of prostate cancer remains unknown, and it would be interesting to study it in relation to fecal bacteria or other organisms found in the intestinal tract. In 2005, Dr. Barry Marshall, an Australian, received the Nobel Prize for the discovery of the bacterium Helicobacter pyeori, which was the cause of stomach ulcers and other gastric diseases, such as stomach cancer.

When a male moves his bowels and flushes while sitting, his exposed penis is subjected to bacteria and other organisms found in toilet water. This contact may often lead to a urethral infection, which ultimately can cause infection of the prostate gland and bladder. These infections would be even more prevalent in men who have not been circumcised.

I would suggest to all men that they not flush while sitting after a bowel movement, thus eliminating infection and contamination of bacteria-laden air. Studies should be carried out to determine whether any agent that may be found in the gastrointestinal tract could be related to the cause of prostate cancer.