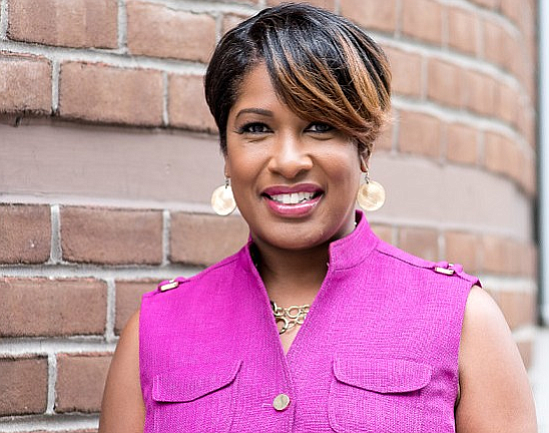 “I am a successful career woman who has battled with depression for five years,” stated Lisa Brown Alexander.

Depression and other mental health issues are often misunderstood and stigmatized in the Black community. Alexander experienced postpartum depression after the birth of her second son. It went untreated for a long period and thus mushroomed into something greater.

Alexander is the CEO of Nonprofit HR, the nation’s leading full-service human resources firm focused exclusively on the nonprofit sector. After years of dealing with depression, Alexander concluded that it was time to speak out openly about her struggle and share her healing journey with all women, particularly Black women.

In her debut book “Strong on the Outside, Dying on the Inside,” Alexander shares her personal written account of her determination to seek treatment and heal while being true to herself.

She explained, “My book is a book about professional women and their battle with depression. It started out as a mere journal entry and it eventually morphed into something more. It allowed me to address some of the things that I went through, really with the goal of helping other women, who I knew were similarly situated.

According to the Center for Disease Control and Prevention, depression is a serious medical illness and an important public health issue. Depression can cause suffering for depressed individuals and can also have negative effects on their families and the communities in which they live.

Depression is characterized by changes in mood, weight or appetite, energy level, self-worth and cognitive functioning. According to the Centers for Disease Control and Prevention, research reflects that only 12 percent of affected African-American women seek help and treatment.

“Many African-American women do not get treatment because of a widespread belief that depression is evidence of personal weakness and not a legitimate health problem,” Alexander said. “Mental health is a genuine condition that with treatment can be overcome. That’s the most significant message that I want to send. Mental health challenges including depression doesn’t mean you’re crazy or something is wrong with you. It means that you are suffering from a condition for which you can get help.

She continued, “This is not just a one-generation thing. For multiple generations women of color have conditioned ourselves to believe we can handle anything and everything that’s been tossed our way. If we survived slavery, we can survive anything. That same survival instinct caused us to not seek help when we need it. Instead we tell ourselves we can do anything if we keep pushing and pushing and pushing even when we shouldn’t.”

Alexander stated, “We cannot and will not let anyone, even our closest loved ones, see us sweat or cry or be lost. I want to change that and speak out openly about my challenges and restoration as a business leader.”

“Strong on the Outside, Dying on the Inside” can be used as a resource and call to action for healing and combating the stigma of depression. To purchase your copy, visit Amazon.com.