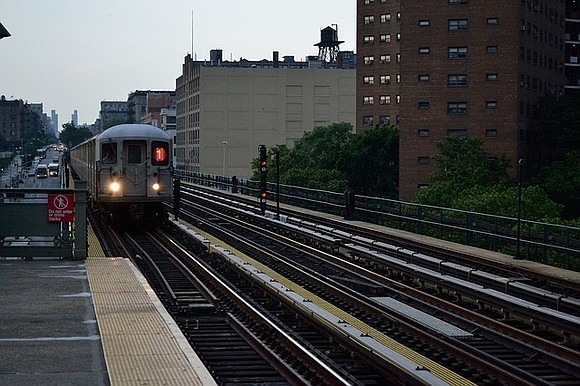 No. 1 train in Harlem Image by F. Muhammad from Pixabay

I used to think I lived “on a good line,” a subway line that had relatively few delays, a line that had rush hour madness, but for the most part was a subway line where you could find a seat and enjoy your ride in relative peace of mind. I also thought I lived on a line where the rats kept to themselves and rarely made appearances during our morning and evening commutes. Somehow, in the past few years as my MetroCard fare has increased, my subway and bus service have steadily declined. Thanks, Governor Cuomo! Because he is head of the MTA, I am putting most (though not all) of the blame on him, his administration and the seemingly ineptitude and mismanagement of the MTA.

For many New Yorkers, riding the subway everyday is a must. Many city dwellers do not have cars, and if they do, it is not necessarily the most expedient way to travel. Therefore, the subway is literally the life line that allows millions of people to travel to work, school and everywhere else they need to be. I am incensed each time I think about a one-way fare of $2.75 per ride. I am well aware of my privileged position in that I buy a monthly MetroCard to take me where I need to be. For those of us who do purchase a monthly card, we pay more than $115 to have unlimited access. However, many New Yorkers unfortunately do not have a few hundred dollars sitting in their accounts to purchase monthly cards for themselves and their family members. Because of this disadvantage, there is an additional “tax” for being poor or working class in this city.

Mayor de Blasio has made it clear that the MTA is under Governor Cuomo’s purview, and it is the governor who should resolve the inadequacies with our public transport. Although I agree that we should not absolve the governor of his responsibilities, we must figure out a solution to the overcrowded, underfunded, hyper-expensive, inadequate subways that are swiftly becoming more antiquated by the day.

I have made it clear that the hundreds of millions of dollars and the decades of planning for the Second Avenue subway line were a waste of resources. Additionally, the express bus lines are helpful, but they do not solve our transportation crisis. Why don’t transportation leaders look to places such as Tokyo or Bogota to figure out how to rapidly move New Yorkers throughout the five boroughs? We should look to other cities to see their accomplishments and learn from their mistakes. Unfortunately, the simmering feuds between the mayor and governor make it nearly impossible for the transport crisis to get resolved in any expedited fashion. It is even more unfortunate that New Yorkers will continue to pay large portions of their income for a system that does not adequately serve their needs.