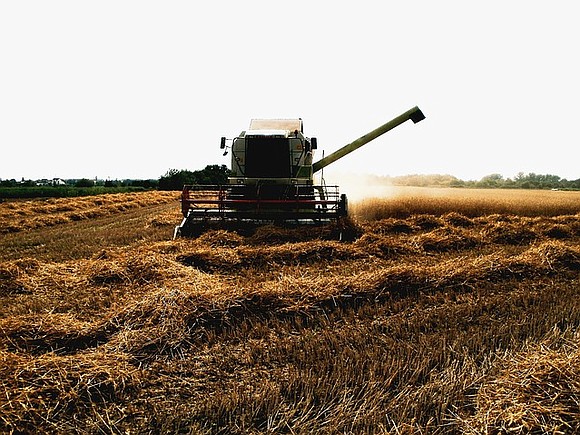 At first glance, King Whetstone might present an unusual visual.

First, he appears younger than his 40 years—but that’s not why he might stand out.

Whetstone once played basketball at Prairie View A&M University, a historically Black university and the second-oldest institution of higher learning in Texas, renowned for its engineering and agriculture.

On the basketball court, Whetstone played against such NBA greats as Boston Celtics legend Paul Pierce and helped his team to its only NCAA Tournament appearance in 1998 where they lost to Kansas in the first round.

Instead of competing in the NBA, Whetstone is promoting “National Ag Day”—“Ag” as in Agriculture.

And, he’s also trying to reach out to farmers—particularly minorities—as the United States Department of Agriculture (USDA) and the National Agriculture Statistics Service (NASS) prepare for the Census of Agriculture.

The theme this year is, “Agriculture: Food for Life.”

While Ag Day tops the current list of priorities, Whetstone and others at the NASS make it clear that the census is the primary focus this year, which counts as a comprehensive summary of agricultural activity for the United States and for each state.

The census includes the number of farms by size and type, inventory and values for crops and livestock, operator characteristics, and other analysis.

“It’s a complete count of U.S. farms and ranches and the people who operate them,” said Whetstone, a Greenville, Texas native who has spent more than 20 years at the USDA in various locations including in New York, Oklahoma, Hawaii, Arkansas and Washington, D.C.

He now lives in Pennsylvania with his wife of 15 years, April, and daughter, Shalyn.

Whetstone said even small plots of land—whether rural or urban—growing fruit, vegetables or some food animals count during the census if $1,000 or more of those products have been raised and sold, or normally would have been sold, during the census year.

NASS has created a new web form for the census to make it easier for respondents to participate.

Also, mailings, telephone calls and other forms of contacting farmers are planned for the census, taken every five years.

It looks at land use and ownership, operator characteristics, production practices, income and expenditures.

“Our goal is to make sure that we have a complete count,” Whetstone said. “The census [data] is used to help shape the future of agriculture now and in the years to come, so farmers are helping themselves by participating.”

Through the census, producers can show the nation the value and importance of agriculture, and they can help influence the decisions that will shape the future of American agriculture for years to come, according to the USDA.

By responding, producers are helping themselves, their communities, and all agriculture across the country and they’re also in line to receive various grants and other benefits that might be available for farmers. Officials stress that accuracy in reporting is key.

Whetstone said that it’s historically been a tough task getting Blacks and other minority groups to respond, but stresses that it’s a priority.

“Part of my job includes making sure farmers want to respond to our surveys and censuses and that researchers choose to use our data because it is the most accurate and unbiased,” Whetstone said.

In 2012, the census revealed that the number of Black farmers in the U.S. stood at 44,269, a 12 percent increase over the previous survey five years earlier.

Nationally, Black farmers made up 1.4 percent of the country’s 3.2 million farmers; while 33,371 African-Americans counted as principal operators – the individual in charge of the farm’s day-to-day operations, a nine percent increase over the previous census while principal operators of all farms declined by four percent.

Although farms with Black operators tend to be smaller than others and with fewer acres and lower sales, Black principal operators sold $846 million of agriculture products in 2012, including $502 million in crop sales and $344 million in livestock while operating 3.6 million acres of farmland.

Still, getting farmers, especially minorities, to respond to the census is important to Whetstone who, despite his hardwood success, has farming in his blood.

Recently, he discovered a World War I draft card of ancestor Neal Whetstone, which listed his occupation as “farmer.”

“I’m the grandson of a cattle rancher, so intrepid that even after my then seventy-something year-old grandfather was kicked by a horse, he continued to ranch,” Whetstone said in a posting on the USDA website. “I like to think I’ve inherited that tenacious nature and apply it to everything I do, even building awareness of the relevance of agricultural statistics.

Whetstone continued: “I have found that farmers respond to my agency’s requests for information when they understand how official government statistics help them manage risks, conserve natural resources and promote a healthy agricultural production and marketing system in which they benefit.”

To sign up for the agriculture census, visit https://www.agcensus.usda.gov.