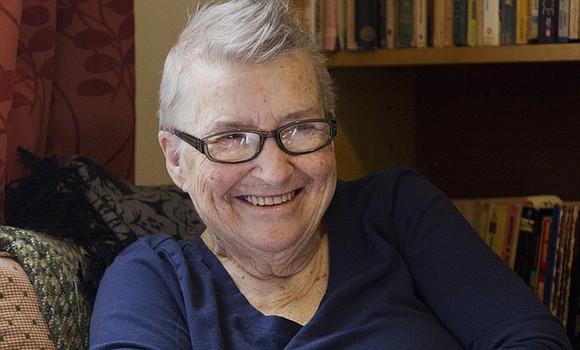 A multi-ethnic audience of supporters attended two days of memorial services a couple of weeks ago to commemorate the life and legacy of “The People’s Lawyer,” Lynne Stewart. After a lengthy, courageous battle against cancer, she eventually succumbed to its debilitating effects at her Brooklyn home March 7, at age 77.

First, Friday, March 10, at Scotto’s Funeral Home in downtown Brooklyn (106 First Place), a host of her admirers, comrades from the legal arena, longtime friends, past clients and a few relatives reflected on Stewart’s tireless work with the poor, under-represented community she loved so dearly.

“Don’t mourn me, organize!” her husband Ralph Poynter recalled Lynne suggesting to him, as well as advocating to her supporters, upon her impending passing, as her health deteriorated during her last days. “She stood with the people and fought against the system.”

He said her cause of death was complications from cancer and a series of strokes she recently suffered.

During the services, “Sister Lynne” as she was affectionately called, was compared with the Argentinean rebel, Che Guevara, who assisted Fidel Castro during the Cuban Revolution, because both “were motivated by the love of the people,” and also for taking on the task of representing several clients that the mainstream media often considered to be “radicals and revolutionaries.” It was noted how Stewart often times provided her legal services based primarily on principles, and many times, for little or no pay.

Longtime friend Betty Davis reflected on Stewart’s last few weeks on this physical plateau. “It was hard seeing her like that, but she’s not suffering anymore,” Davis said. “She wants us to continue fighting for what’s right.”

At times, some have referred to Stewart as a modern-day female John Brown, after the 19th century Caucasian slave abolitionist, for daring to stand up against a racist system many say is slanted against people of color.

Shams de Barron recalled how significant Stewart was in helping his childhood friend earn a very unlikely acquittal in one of the city’s most notorious and high-profiled, criminal cases.

“[Attorney William] Kunstler gets the credit, but Lynne was very instrumental in Larry Davis beating the attempted-murder charges of six NYPD cops,” he explained, referring to the infamous Nov. 19, 1986, Bronx conflict that had the city on edge for several weeks. “She’s the one who went to the house where the shootout happened, noticed the door was still there with bullet holes, and that is how it was proved that the cops shot first. Larry is the only person in NYC’s history to shoot police and get off on grounds of self-defense.”

The following morning at St. Marks in the Bowery, on Manhattan’s Lower East Side, her funeral was conducted as mourners paid their respects to one of society’s true unsung sheroes. Those in attendance chanted Stewart’s name as her casket was hoisted up in the air and carried from the church to a waiting hearse, at the funeral’s conclusion.