Knicks toil toward a reconstructive offseason 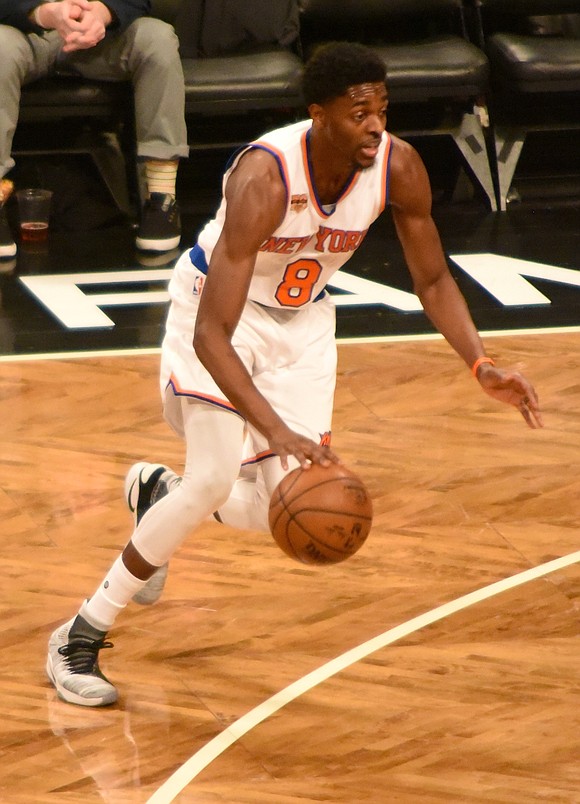 Under ideal conditions, the Knicks’ current four-game, four-state, six-day road trip, which began with a 114-105 loss to the Los Angeles Clippers Monday evening and continued last night (Wednesday) versus the Utah Jazz, would be one in which they were jostling with two or three other teams for a more favorable playoff position.

Instead, the Knicks were 16 games under .500 at 27-43, qualitatively well out of the playoff race despite still being mathematically alive. They are toiling through the remainder of the season, which for them will officially end April 12 but was over several weeks ago when it became evident the Knicks didn’t possess the necessary tools to string together the requisite three wins in a row or four out of six to be in the postseason mix.

Reality seemingly smacked them in the face last Thursday at Madison Square Garden when the Knicks incurred their second loss in five days to the Brooklyn Nets, assuring their fourth straight season with a record below .500. The Nets are 14-56, the worst record in the NBA, and came into that game 13-54 but handled the Knicks with surprisingly minimal resistance.

The tone in the Knicks’ locker room after Thursday’s game at MSG was subconsciously defeatist and consciously aggravated. “A team like that, you look at the roster, they shouldn’t be in the gym with us,” assessed Knicks forward Kyle O’ Quinn.

“This year it was a little bit disappointing due to the talent that we have in this locker room, on this team,” said Carmelo Anthony, perhaps allowing a Freudian slip in speaking in the past tense or simply acknowledging the Knicks no longer had anything to play for other than pride.

“For some reason we just couldn’t get it together and get it going,” he added. Those reasons have been put forth on these pages extensively and frequently. To encapsulate, the Knicks have been collectively awful defensively and have failed to establish an offensive identity as team president Phil Jackson has been insistent on head coach Jeff Hornacek still applying the triangle. The result has been abject inconsistency and few victories since December. The Knicks’ longest winning streak since beating the Indiana Pacers and Orlando Magic on Dec. 20 and 22, respectively, has been one game.

Through all of the agony endured by the Knicks’ players, coaches and fans, the cup is half full. Kristaps Porzingis, 21, who was runner-up to the Minnesota Timberwolves’ sensational second-year forward Karl-Anthony Towns last season in the Rookie-of-the-Year balloting, inevitably will be a consistent 20-plus points and 10 rebounds per game player.

Forward Willy Hernangomez, 22, is a promising and talented forward/center who will be a first-team all-rookie selection this season and a cornerstone of the Knicks’ rebuilding plan. The team has him under contract through the 2019-20 season for a ridiculously low salary—he is scheduled to make $1.55 million in 2019—when Hernangomez could be one of the most productive frontcourt players in basketball. Re-signing and developing guard Justin Holliday, who is 27, could also prove to be valuable.

It’s all about the future for the Knicks as the present is disconcertingly fruitless.