Local 2507 and others mourn Yadira Arroyo 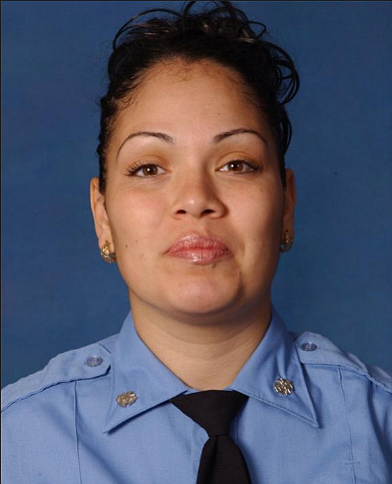 The union representing uniformed EMS officers continued to mourn the death of one of their own: Yadira Arroyo.

Arroyo was killed in the line of duty by Jose Gonzalez in the Bronx. Gonzalez had stolen the ambulance she’d been driving and ran her over with it. Authorities arraigned the 25-year-old on charges of murder, robber and manslaughter Friday. He’s being held without bail.

When contacted for comment, Uniformed EMTs, Paramedics & Fire Inspectors F.D.N.Y. Local 2507 said they weren’t putting out an official statement and directed the AmNews to the multiple news conferences they had in the aftermath of Arroyo’s death.

“She’s broken apart,” said Local 2507 President Israel Miranda about Arroyo’s work colleague, Anastasia Rabos, during a news conference outside of Station 26 in the Bronx. “I don’t expect her to feel any other way. She can’t even speak. Thank God, physically she’s not in any trouble right now because, but, psychologically and mentally, this is something she’s going to carry around for the rest of her life.”

“She was a great mentor, great friend and a great colleague,” said Rabos. “No matter what types of calls we went to, she was always courteous and respectful to everyone and anyone. She would always advise, correct and give credit. If she wasn’t at work, she was with her family and children, making plans with them ahead of time, trying to figure out how to spend more time with them. We all love her at the station and will never forget her.”

Local 2507 told the AmNews that they’re busy caring for the family at the moment.

Other people who knew Arroyo commented on her hard work and friendly demeanor.

“The area she served was tough and busy,” stated Deputy Chief Kevin Cassidy. “She was very dedicated and did her job well. She was so thoughtful and cared about the people that she worked with and served.”

Gonzalez and Arroyo happened to live on the same block in the Bronx on Creston Avenue. Gonzalez, who reportedly has mental and behavioral issues, lives in housing run by Volunteers of America. Gonzalez was released a few weeks before the encounter that lead to Arroyo’s death. On Feb. 26, after Gonzalez was arrested for attempting to assault a police officer, Bronx Criminal Court Judge David Kirschner declined a prosecutor request to set the bail at $5,000 and ordered Gonzalez released.

Gonzalez had been arrested 31 times before that incident, but Kirschner didn’t have that information at the time.

“FDNY EMY Yadira Arroya spent 14 years saving lives in the Bronx and was killed in such a senseless, horrific way,” said Bronx District Attorney Darcel D. Clark in a statement. “We take for granted how our Emergency Medical Technicians and paramedics put themselves on the line every day to help New Yorkers. Our prayers go out to her five children; may they find comfort in Yadira’s legacy of compassion and courage.”