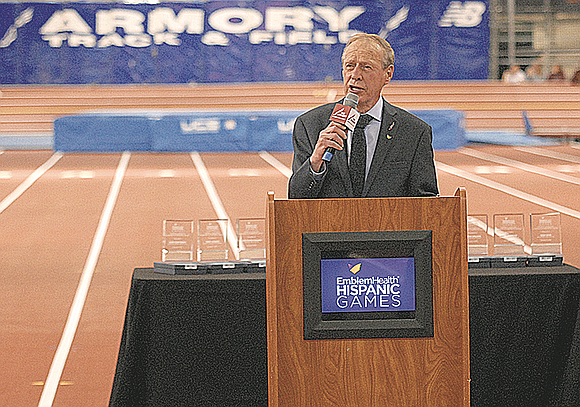 The passing of Dr. Norbert Sander last week is the loss of a true New York treasure.

Sander, who was 74, transitioned Friday after suffering a heart attack at his home in Hastings-on-Hudson, N.Y. He was subsequently transported to Yonkers Hospital, where he was pronounced dead.

Sander’s personal achievements and impact on the culture of New York City were monumental. But it was his humanity and spirit that were most indelible. Anyone who frequented The Armory in Washington Heights, was associated with or a follower of distance running or fortunate enough to have been under the medical care of Sander could attest to his gift of warmth and modesty.

Sander once said to this writer during a conversation at the Millrose Games several years ago that The Armory, located on 168th Street in Upper Manhattan, a building for which he was the compelling influence, along with former New York City Mayor David Dinkins, in transforming from a crumbling men’s homeless shelter into one of the world’s spectacular indoor track and field facilities, “was a tribute to every New Yorker” and a place “where young and old can come to experience the joys of our sport.”

Now named the New Balance Track & Field Center at The Armory, it is the home of the National Track & Field Hall of Fame and host to some of the most prestigious and record-setting track and field meets on the planet, including the Millrose Games and the National Indoor Scholastic Championships.

In retrospect, The Armory is a tribute to Sander. A graduate of Fordham Prep High School in the Bronx and Fordham University, excelling in distance running at both, he went on to become an internist who specialized in sports medicine. Sander was a pioneer of distance running, winning the New York City Marathon in 1974 when the 26.2-mile course was confined to Central Park.