Trump bombed by the FBI 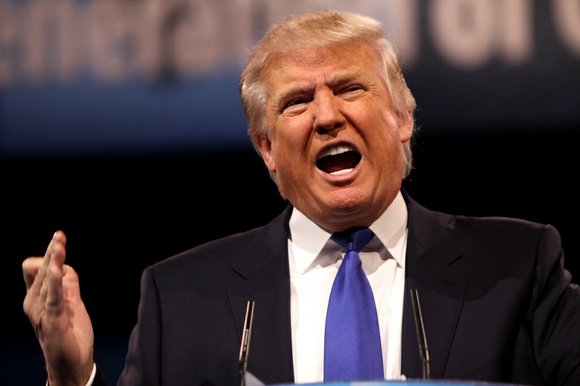 James Comey, the FBI director who jumped the gun on Hillary Clinton’s emails with a letter to Congress days before the presidential election, finally said the bureau is investigating the possible collusion between the Trump campaign and Russia.

Monday, Comey told the House Intelligence Committee that the FBI was “investigating the nature of any links between individuals associated with the Trump campaign and the Russian government and whether there was any coordination between the campaign and Russia’s efforts.”

During his testimony, Comey also told the committee that Russia wanted “to hurt our democracy, hurt her [Clinton], help him [Trump].” All three of these things, he added, the FBI was confident in “at least as early as December.”

This revelation was the first bombshell Comey delivered. The second was that he had no information to support Trump’s claims that he was wiretapped by former President Obama. Moreover, he said, no president has the authority to wiretap an American citizen.

Comey’s testimony was supported by Admiral Mike Rogers, head of the National Security Agency, and validated the conclusions announced days ago by Rep. Devin Nunes, the Republican chair of the committee. Nunes told the press the hearings will continue to seek information about leaked classified documents linked to possible Russian interference in the election.

The issue of leaked information was one way the Republicans on the committee tried to change the focus of the hearings, particularly Rep. Trey Gowdy of South Carolina. “One thing you and I agree on,” he said to Comey, “is the felonious dissemination of classified material.”

Comey dodged the comment, stating, “I can’t say because I don’t want to confirm that that was classified information.”

There was no immediate response from the wizard of tweets, but Sean Spicer, the president’s press secretary, weighed in, saying, “There was some new information that come from the hearing that we believe is newsworthy about the intelligence gathering process and the unmasking of Americans identified in intelligence reports.”

If Spicer chose to sidestep the major news from the hearings, Sen. Chuck Schumer, the Senate Minority leader, did not.

“President Trump owes the American people and President Obama more than just an explanation, but an apology,” Schumer told the press. “He should admit he was wrong, stop the outlandish tweets and get to work on behalf of this country.”

Spicer said that the president was not going to apologize.