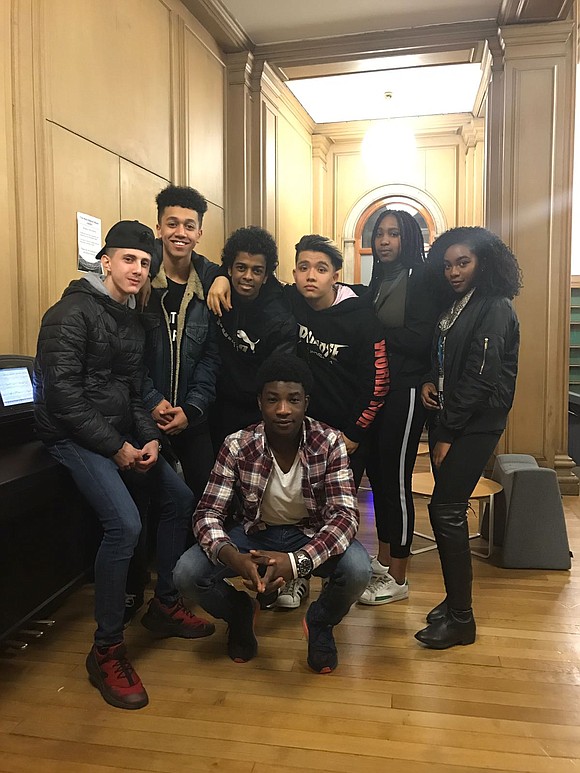 Young people in Manchester believe there is “a lack of awareness of opportunity” that has fostered the growth of many challenges, such as gangs, lack of motivation and negative stigma about young people. Many young people in Manchester agree that there has been an increase in gang culture. But it is important to understand that many of these young people do not participate in criminal activities. They join gangs out of boredom, lack of engagement and, according to Bayo Adetunde, 18, “some do it for the status.”

This problem has been labelled as a postcode war by the media. Many young people view it as something deeper. Yousef Sufi, a sixth form student said “Youth clubs have been closed and they used to be fun. Now everything has changed and many young people have nothing to do.”

Manchester City Council wishes to save £2.898 million between 2017 and 2020 from children and play services. It is said that young people are disengaged, but it’s clear they are not discouraged. Yousef concluded, “The government should invest in educating young people on gangs rather that focus as much on the prevention. A better education is the solution.”

Manchester Youth Council stated, “Young people today are often seen as disengaged and trapped in their own media bubble of selfies. This could not be further from the truth. Young people today have a passion and drive. The issue getting their voice heard in a society that dismisses them as fickle and disinterested. Young people need to have a way to channel their ideas, one way to do this to enable them to be valued. Young people are our future and need to be valued, empowered and supported to make the world one for the generation to come.”

Emmanuel Yakubo said, “There is a lack of motive for some young people. For example, when doing badly in school, some people just give up and this affects other aspects of their lives.” This behavior leads people to question the future of their communities and whether they can truly rely on young people for society’s progression. The younger generation are conscious of this doubt and some believe the whole system has let them down.

A local high school teacher stated that it is evident that sometimes things do become difficult in education but “it’s up to us teachers to give positive and negative feedback, and in some cases, be the motivation for these young people.” This teacher’s determination shows that for some, teachers are role models. However, there is still a lack of accessible positive role models within the community who young people can connect with.

Fadi, a 17-year-old, said “It is most critical at this time to unite generations to work for the collective well-being of our future society.”

Many young people believe that schools do not provide adequate emotional support. for example, some students say that teachers do not “understand the emotional side” of their problems. There are times when the students face health, social and family problems or even cyber/verbal bullying. In students’ lives, many things can affect the way they think and work. Members of the youth community are raising the point that teachers must understand the emotional problems and that there is “another life” other than school work.

A local youth worker said, “Media representation of young people is negative and rarely shows them in a positive light, as the editors and journalists are disconnected with young people of a working-class background and so publicize an unjustified opinion of them.” He quoted Mark Twain via Denzel Washington: “If you don’t read the newspaper, you’re uninformed. If you do read it, you’re misinformed.”

Manchester’s youth received a lot of negative media coverage in the past, even gaining the nick name “Gunchester.” Although this name is from the past, certain regions still suffer from negative stigma that many say has stunted the growth of the community and restricts the potential of the young people from the regions; some are forced into self-fulfilling prophecies by societal expectations. With all this negative coverage, reality is hidden and yet to be discovered.

It may seem that the future is bleak as the youth face many challenges, but it’s only now that we are beginning to see the truth and potential of these young people. With the rise of organizations and movements such as Reclaim, team future, uprising and The Agency starting to offer more opportunities to young people, Manchester’s future is hopeful.