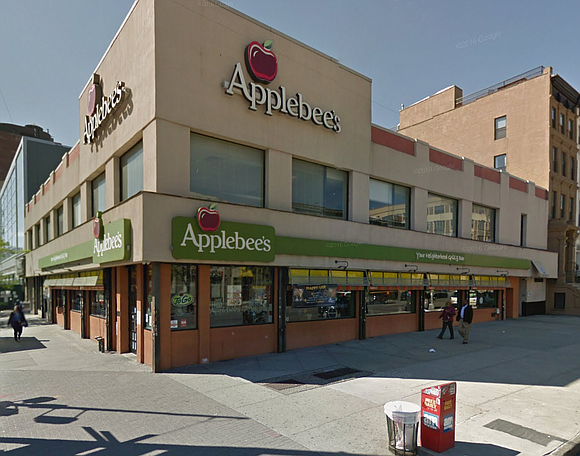 Applebee’s is the latest chain restaurant to close its doors in Harlem making it the third chain to leave the neighborhood.

The news was first reported on the blog Harlem + Bespoke about the casual dining’s closure, which opened its doors at West 125th Street and Fifth Avenue in 2009.

The blog post shows photos of the eatery with signage gone and a sign in the window that reads “Lost our lease. Thank you for being great neighbors since 2009.” Meanwhile, Applebee’s second uptown location in East Harlem on 117th Street and Pleasant Avenue in the East River Plaza remains open.

In a statement to the AmNews, an Applebee’s spokesperson said the 125th Street location officially closed on March 3. Employees at the restaurant were offered positions at neighboring locations.

“From time to time, like other brands with large, national footprints, locations close,” the spokesperson said. “Applebee’s and the local franchisee greatly appreciate our neighbors’ patronage and look forward to continuing to serve guests at the eight Applebee’s restaurants around the city."

Applebee’s is the third casual dining chain to close an uptown location. Joe’s Crab Shack, located on West 126th Street and Frederick Douglass Boulevard, closed its doors in 2015 after two years and Perkins Restaurant and Bakery, located East 125th Street and Third Avenue, also shut down in 2015 after only a year.