Maxine Waters in her signature style: 'I cannot be intimidated' 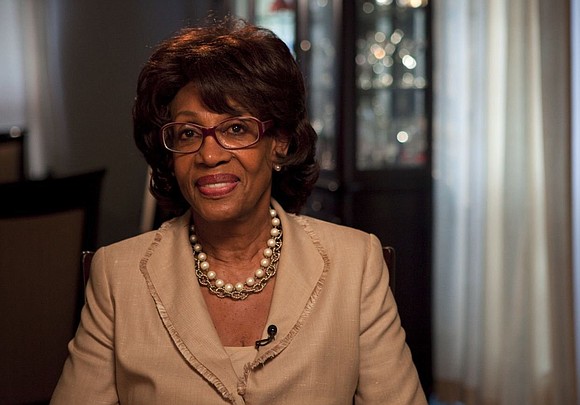 At 78, the California Democrat's fierce opposition and one-liners dished out against President Donald Trump's administration have made her a darling to liberals. She's been called "the new first lady of throwing shade" and "Auntie Maxine" for her blunt, no-nonsense style -- raising her profile in the age of Trump.

She slammed the Trump administration as a "Kremlin klan" over its alleged ties to Russia and two weeks into his presidency, called for his impeachment. Her unamused facial expressions and quotable lines have made her a fixture on social media and TV.

On Tuesday, O'Reilly mocked Waters' hair, saying, "I didn't hear a word she said. I was looking at the James Brown wig."

O'Reilly apologized later for his comments -- after making the comparison twice. "I love James Brown. But it's the same hair!" he had said while appearing on "Fox & Friends."

He later said: "Whatever she says, she believes. She's not a phony, and that's old school."

O'Reilly later apologized for his wig comments in a statement.

"As I have said many times, I respect Congresswoman Maxine Waters for being sincere in her beliefs," he said. "I said that again today on Fox & Friends calling her 'old school.' Unfortunately, I also made a jest about her hair which was dumb. I apologize." He also brought it up during his show "The O'Reilly Factor."

"I'd like to say to women out there everywhere, don't allow these right-wing talking heads, these dishonorable people, to intimidate you or scare you. Be who you are! Do what you do! And let us get on with discussing the real issues of this country!"

She then accused Trump of wrapping "his arms around Putin" and called for an independent investigation into the President and his associates.

The hashtag #BlackWomenAtWork was trending after O'Reilly's comments, as tweeters began discussing challenges that black women face at work.

As one of the 20 black women in Congress, Waters has been holding her own since her election in 1991, when the halls of government had not seen many women or minorities.

In her career, she has advocated for education, affirmative action and African-American issues.

Born in St. Louis as one of 13 children, Waters grew up in a housing project. She later moved to Los Angeles after getting married.

She worked in a garment factory, but later became part of Head Start, a federal program for children from poor families. It was from there that she jumped into local politics and became a strong voice on social issues, including civil rights, women and urban issues.

Waters made waves as a new congresswomen when she burst uninvited into a 1992 meeting held by President George H.W. Bush following the LA riots. She demanded to have her voice heard, as her district included South Central LA.

Over the years, she has remained popular in her district, winning re-election by wide margins.

She was the subject of a nearly three-year investigation after being accused of improperly seeking government assistance for OneUnited Bank, a minority-owned bank in which her husband held a financial interest, during the 2008 financial meltdown. The bank received $12 million in bailout funds.

The House Ethics Committee dismissed the charges of alleged wrongdoing against her in 2012.