Bobby Sengstacke captured the ordinary and extraordinary with his camera 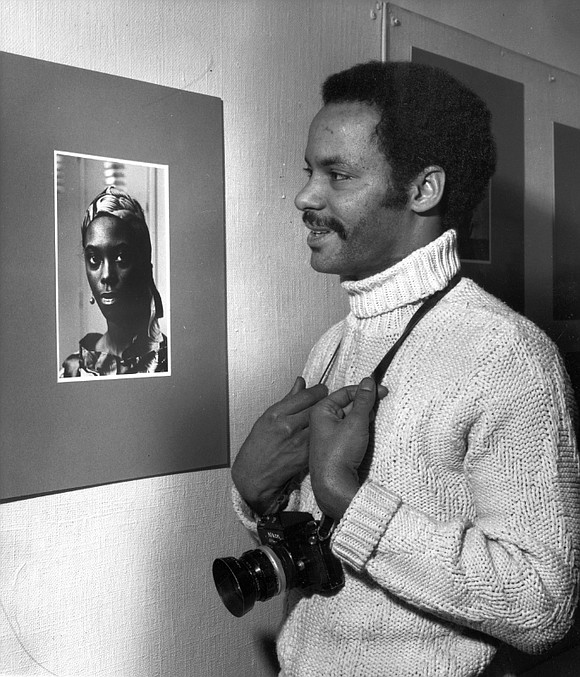 Photojournalist Robert A. Sengstacke was born with ink in his blood in a family where a newspaper was its stock-in-trade, but Sengstacke converted the ink to film—and sometimes words—to become a noted man behind the camera. Sengstacke, 73, died March 7 in St. Margaret Hospital in Hammond, Ind.

In 1905, Sengstacke’s great-uncle Robert Sengstacke Abbott founded the Chicago Defender. Later, Sengstacke’s father, John, ran the paper for 60 years. It was a perfect environment for the young Sengstacke, who received his first camera when he was a teenager.

“His father got him his first camera when he was 14,” his daughter said as reported in the Chicago Tribune. At 16, he accompanied his father on a trip to Cuba, where he took a picture of Fidel Castro with boxing champion Joe Louis. “That was the start of his professional career,” she added.

That professional career as cited by the Rev. Jesse Jackson included photos of practically every African-American icon, particularly those in the civil rights movement such as Dr. King, Roy Wilkins and Whitney Young.

His pedigree may have helped him to gain the inner circles of politics and the entertainment world, but it was his craftsmanship, his artistic brilliance, that kept him there year after glorious year. Mary Datcher, a senior staff writer at the Defender, said it very well about Sengstacke’s roving camera. “As a journalist,” she wrote, “I am moved when I watch his short films and sort through the Chicago Defender archives of his works.

“Wow! To be in the middle of a revolution of beautiful independent thinkers who included writers and artists such as Gwendolyn Brooks, Lorraine Hansberry, Oscar Brown Jr., Margaret Burroughs, Haki Madhubuti, Herbie Hancock and others must’ve been

BANANAS,” Datcher continued. “To feel that level of consciousness and to know that you influenced REAL CHANGE. Bobby Sengstacke was a part of this era in Chicago and across the nation.”

Bobby, as he was popularly known, was born May 29, 1943, in Chicago. He was a graduate of Central YMCA High School in 1962 and later attended Bethune-Cookman College in Florida and the University of Chicago. But it wasn’t long before he left the academic realm behind and began charting an illustrious career documenting African-American culture and history.

His photos can be found in numerous archives and repositories, including the Smithsonian’s National Museum of African-American History and Culture in Washington, D.C., the Schomburg Center in Harlem and online at LUNA. But it was in the pages of Black newspapers and many mainstream white publications where his photos captured the essence of Black life, and although he framed the notables through his lens, there were the always captivating pictures of ordinary people that marked his style and interest.

Among the notables who knew Sengstacke well, recalling him hovering around an event with several cameras strapped over his body, was the poet and publisher Haki Madhubuti. Recently, during an appearance at Medgar Evers College in Brooklyn to keynote at a tribute to Gwendolyn Brooks, he remembered Sengstacke. “He was a remarkable artist with a camera,” he said. “Bobby was a vital part of the Black Arts Movement and he was tireless in documenting it without any concern for self-promotion.”

From 1975 to 1980, he was the publisher of the Tri-State Defender in Memphis, which his father founded, and his connection to Tennessee began in the 1960s when he was an artist-in-residence at Fisk University.

In recent years, according to an interview with him at The Historymakers, Sengstacke returned to the family business at the Defender. Much of this return involved making the paper relevant in the digital edge, something in which he had a unique and intimate understanding.

“My dad saw everyday life as a moving painting,” said his daughter. “He captured it and caused us to pause, as his vision carried us to deeper realms.”

We will be plumbing those deeper realms for years to come.

His survivors include his daughter, Myiti; his wife, Jacquelyn; another daughter, Jasmine; sons Domenic, Ombari and Hasani; and three grandchildren. His son Saief died in 2009.

A memorial service is being planned.