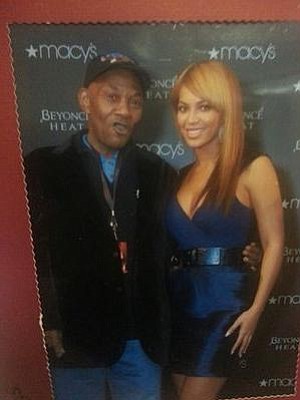 Unless you have been living under a rock, we’ve all heard the expression, “Driving while Black.” Deborah Jacobs, in her capacity as executive director of the American Civil Liberties Union of New Jersey, once said, “We want to send a message to the victims about their rights, and to the state about its obligations. We need real police reform and we need to answer the suffering of the many victims of the New Jersey Turnpike.”

A few years ago, “Getting the State of New Jersey to Stop Racial Profiling Is Like Pulling Teeth” headlined a new advertisement unveiled at a news conference in Newark.

The ad featured Orange, N.J., dentist, Dr. Elmo Randolph, an African-American man who was pulled over approximately 100 times in a five-year period without ever receiving a ticket. In the ad, Randolph described his experience with the police, stating, “The police searched my car and I had to prove to the troopers that being an African-American man in a nice car doesn’t mean that I am a drug dealer or car thief.” Flash forward to 2017, and not much has changed.

What is racial profiling?

The term “racial profiling” means “The practice of a law enforcement agent or agency relying, to any degree, on actual or perceived race, ethnicity, national origin, religion, gender, gender identity or sexual orientation in selecting which individual to subject to routine or spontaneous investigatory activities or in deciding upon the scope and substance of law enforcement activity following the initial investigatory procedure, except when there is trustworthy information, relevant to the locality and timeframe, that links a person with a particular characteristic described in this paragraph to an identified criminal incident or scheme.” —H.R. 1933 (End Racial Profiling Act of 2015).

According to One America (www.OneAmerica.org), a civil rights organization, members of African-American, Native American and Latino (Hispanic) communities are stopped and searched more often, for example when driving while Black or Brown, than whites.

Since Sept. 11, 2001, members of Arab, Muslim and South Asian communities have increasingly been searched, interrogated and detained in the name of national security, oftentimes labeled terrorism suspects when in reality many were only charged with misdemeanors or minor immigration violations, if they were charged at all.

One America, as a civil rights organization, “advances the fundamental principles of democracy and justice at the local, state and national levels by building power within immigrant communities in collaboration with key allies.”

The following is an email interview with Rich Stolz, executive director of OneAmerica.org, concerning his organization’s advocacy supporting the End Racial Profiling Act, revising the 2003 DOJ guide on racial profiling and eliminating the DHS programs.

Question: Were the changes you recommended under the Obama administration ever implemented?