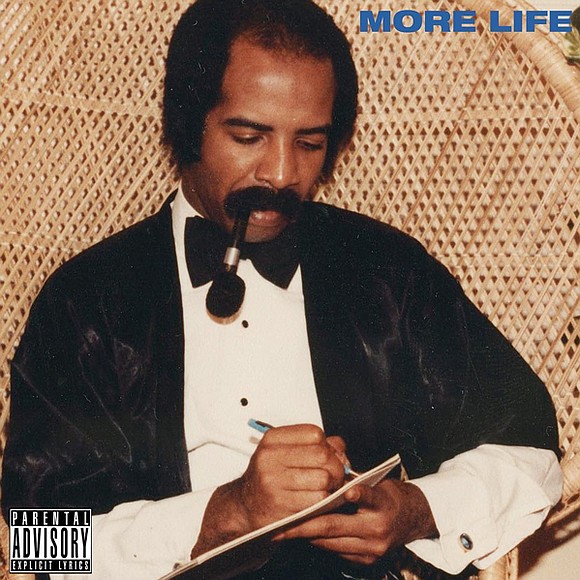 Grammy-winning rapper Drake returned last week with a new full-length album titled, “More Life.” The album is more robust than his previous release, “Views,” which seemed to be an artistic purgatory between his 2015 near masterpiece mixtape, “If You’re Reading This It’s Too Late,” and now. Despite winning the Grammy for Album of the Year last year, fans and critics were not shy in voicing the opinion that “Views” had fallen flat. “More Life” has reportedly already exceeded his previous album’s first week downloads by 50 million, receiving 300 million downloads in its first week, which could be considered a testament to the album’s improvement in style and coherence.

“More Life” almost immediately reveals itself to be a refinement of Drake’s exploration of building his album’s foundation on eclectic uses of genres, guest vocalists and ’90s R&B samples, which all work to create a collection of dense, futuristic trap-pop tracks. While “If You’re Reading This It’s Too Late” was an exciting foreshadowing of Drake’s musical growth and maturity, the album was raw and fell apart after the sixth track, “Madonna,” by transitioning choppily into heavier trap songs that didn’t quite flow with the first handful of tracks that were arguably more sensual and tightly produced. “Views” focused too much on Drake’s singing, disappointing his listeners who felt his rap bars on “If You’re Reading This” were powerful and refreshing.

“More Life” finally gels and seams Drake’s double life as a singer and a rapper, not shying away from being an album that’s full of eclectic songs with different soundscapes and vocal styles, but this album is more mindful of flow and tempo. The album is sexy and enjoyable, and shows that Drake and his producers understood how to progress from his two previous records.

The album’s opening track, “Free Smoke,” introduces itself with a gospel vocalist singing over a simple traditional Baptist piano riff before Drake rips in with his notable autobiographical rap style, “I drunk text J. Lo / old number so it bounced back / boy wonder got to bounce back,” referring to Drake’s brief but very public flirtation, if not full-on affair, with actress and pop artist, Jennifer Lopez. Early on in the album, the genres morph into world pop and R&B fusion as “Passionfruit,” “Jorja Interlude” and “Get It Together” take on unique soundscapes or dancehall reggae and Latin pop music, the latter highlighting the vocals of British singer, Jorja Smith, and South African producer, Black Coffee. The African, Latin and British grime genre styles are a continuous sonic theme until the 10th track, “Portland,” brings us back to America, obviously by the song title and more subtly by collaborating with American rappers Quavo and Travis Scott. The next track, “Sacrifices,” is a highlight of that album. Young Thug and 2 Chainz bring their effortless talent to the trap track, bringing an arch to the album. With that said, it would be dubious to ignore Kanye West’s guest appearance on “More Life’s” track, “Glow.” West doesn’t do anything magnanimous as he lazily drops a few bars, but his presence does cap off an impressive collective of appearances by the creme de la creme of pop music’s power players on the 22-track record. “More Life” shows that Drake understands himself and his aesthetic. He stayed consistent and honed in on his own musical formula and structure, constructing this album through trial, triumph and error. It’s nice to see him grow, and the album is a pleasure to listen to.