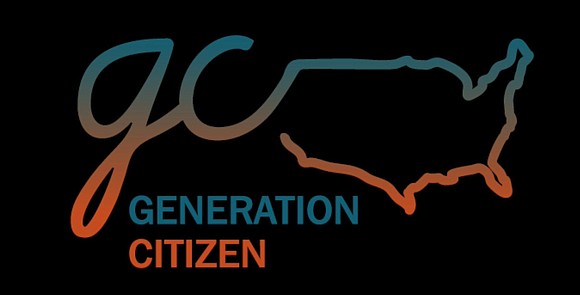 I was just lamenting the fact that young people do not know enough about the various levels of government, and then I discovered Generation Citizen. As a college professor, I often feel there is a disconnect between what students learn in middle and high school and what they are expected to know once they enter university. Generation Citizen is a 7-year-old national nonpartisan, nonprofit organization whose mission is to empower young people to engage with local government and communities. They provide a twice-weekly, in-class, action civics program in middle school and high schools around the city, as well as in five other sites nationwide.

The approach of their multi-faceted program is that they train current college students to work with experienced teachers to lead a semester-long “action civics” program in the classroom. Through student-driven projects, young people learn how to affect policy change by engaging with local government and leaders to solve community problems. Students choose an issue they care about, develop a strategic plan to address the issue, take real action to affect change, and then reflect on their successes, challenges and plans moving forward. This activity culminates with Civics Day, their biannual, citywide event in which students showcase their action projects. The goal is that after taking a course at Generation Citizen, students will have increased civic knowledge, skills and, most importantly, motivation to be active participants in our democracy.

In addition to the in-class action civics program, Generation Citizen hosts a Community Change Fellowship during the summer for politically engaged rising and current high school students who have successfully participated in Generation Citizen’s action civics program at their middle or high schools. These students have already affected change within their respective communities through their work on local issues ranging from community policing to pedestrian safety.

Now more than ever, civics education is needed. Generation Citizen is working with students citywide to educate and empower the next generation of young people and encourage them to become more civically engaged and participatory. If you know of any young people who may be interested and ideal for the program, they should go to http://generationcitizen.org/ to find out more. If you know of an interested college student who would be an ideal leader, be sure to let him or her know about the organization as well.

The mission of Generation Citizen and Executive Director DeNora Getachew is to “work to ensure that every student in the United States receives an effective action civics education, which provides them with the knowledge and skills necessary to participate in our democracy as active citizens.” If the current administration gives you pause (and anxiety) about the future of American democracy, let’s encourage our young people to build a democratic foundation for the future.