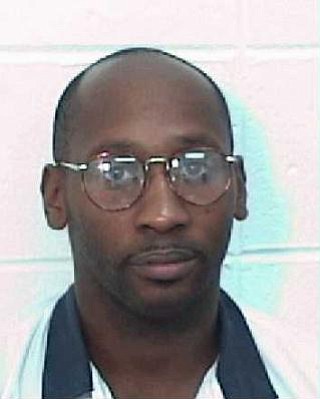 Troy Davis a.k.a. Shaka Sankofa executed in Georgia in 2011 Contributed

It appears that at this moment, national conversations around social justice and calls for racial parity are more amplified than ever. Communities across the country are brainstorming ways to reform, if not completely dismantle, national institutions that they believe are deeply rooted in inequity. In the midst of these conversations are fiery debates related to criminal justice reform. These reformists have taken on issues as seemingly disparate as repealing mandatory sentencing laws, raising the age of criminal responsibility and even abolishing the entire prison system as we know it.

Last week, Orlando County State Attorney Aramis Ayala took an important step in moving the dial for criminal justice reform when she announced that she would not seek the death penalty for any future cases brought to her office. The decision understandably was a controversial one and brought both opposition from law enforcement officials within Orlando County and praise from social justice advocates who seek to eliminate capital punishment, including the National Association for the Advancement of Colored People

In a statement released last Monday, NAACP President and CEO Cornell Williams Brooks expressed his support for Ayala’s decision. He also noted how this support falls in line with the organization’s history of recognizing that “the death penalty has no place in modern society, for reasons both humanitarian and practical. As people of conscience, we cannot condone the killing of a human being, no matter how heinous their crime.”

In a recent interview with The New York Times, Ayala explained that her decision was prompted by what she felt to be a lack of efficiency and effectiveness within the capital punishment system. “I am prohibited from making the severity of sentences the index of my effectiveness,” she said. “Punishment is most effective when it happens consistently and swiftly. Neither describe the death penalty in this state.”

In defense of her decision, Ayala focused primarily on the inefficacy of the capital punishment system and the economic toll it frequently places on the state. The statement released by the NAACP, however, highlights the role that the death penalty plays in exacerbating racial injustice and cites this role as a reason they so strongly support this recent decision.

“The NAACP was founded to combat lynching, a form of mob violence that was often deployed against Black people,” Williams Brooks stated. “Both legalized and extra-legal lynchings have shaped the Black experience in America, and the racial disparities in the application of the death penalty continue this ignominious tradition.”

For those who are doubtful about the underlying implications of these statistics, numerous studies have suggested that the race of the victim is strongly correlated to whether the death penalty is issued in any given homicide case. According to the ACLU, as of October 2002, only 12 people have been executed in interracial homicides in which the defendant is white and the murder victim is Black as compared with the 178 Black defendants who were executed for murdering white victims. The grave racial disparity between who receives the death penalty and who is pardoned adds color to the ongoing conversations about racial bias and which lives are considered worth preserving.

Ayala suggested that her office will seek life sentences in lieu of the death penalty to ensure that “violent offenders will never be released.” This decision may not be the end goal envisioned by prison reformists who hope to see rehabilitative practices replace more punitive measures, but it may serve as a glimmer of hope for anyone who views our current criminal justice system as a repackaging of centuries-old methods of racial violence. As Williams Brooks stated, “It is time to close this shameful chapter in our country’s history.”