NWA, Richard Pryor and 'The Wiz' among latest Library of Congress recording preservations 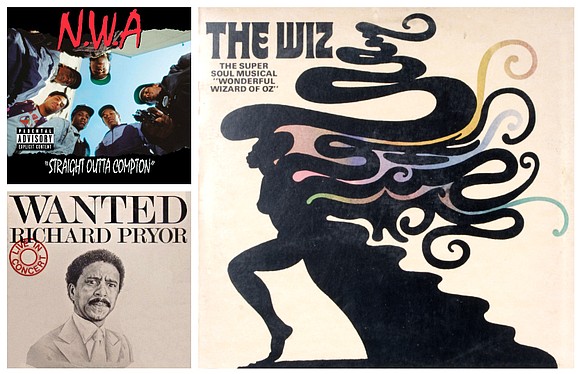 Garland's rendition of "Over the Rainbow" in the film adaptation of "The Wizard of Oz" stood as the one splash of color in a Kansas setting devoid of Technicolor.

Garland's career spanned decades in Hollywood, but "Over the Rainbow" is still one of her most famous performances.

Streisand won Album of the Year in 1964 for "The Barbra Streisand Album." She is one of 17 people to have received an Emmy, an Oscar, a Tony and a Grammy -- also known as the EGOT. She joins fellow EGOT winner Mel Brooks in the Recording Registry.

Fun fact: It's just Eagles. Not The Eagles. Not to be confused with the Philadelphia Eagles or the US national emblem.

Move over, Elvis. The King may have made the most famous version of "Hound Dog," but Big Mama made it cry first.

They really are family. They mean it literally. Sister Sledge is composed of sisters Debbie, Joni and Kim Sledge. At the time of this recording, sister Kathy Sledge was part of the group, too.

Rolling Stone named the album the fourth best album of the 1980s, even though the album art was incredibly unpopular.

The Ritz. It's a hotel. It's a cracker. It's an iconic song made famous by Harry Richman and made hilarious by Gene Wilder.

These recordings were made the same year Thomas Edison his first wax cylinder recording. Clearly they have longevity on their own, but being recognized for permanent posterity is one more feather in the Colonel's cap.

Melba Moore made Broadway history when she became the first African-American woman to perform the role of Fantine in Les Misérables.

Anyone who has seen the film "O Brother, Where Art Thou?" might recognize this tune -- a recording was featured on the soundtrack.

Richard Pryor is remembered most for his stand-up comedy, but he also had more than 40 acting credits to his name.

Notice that Madonna's 2000 cover of this single still has not rooted itself as a piece of Americana.

This is possibly the second most famous rendition of the song, only more famously sung in recent memory by President Barack Obama.

Scully, who retired from sportscasting in 2016, was so good at his job, legend has it that some fans watching the Los Angeles Dodgers in person would bring radios with them just to hear his take.