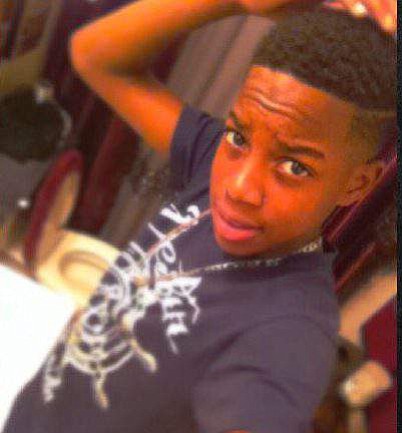 (CNN) -- A police officer in a Dallas, Texas, suburb fatally shot a 15-year-old boy outside a high school house party Saturday night. The police department admitted on Monday that it initially released incorrect information about the shooting.

Officers broke up the house party in response to reports of under-aged drinking. One officer then fired a rifle into a vehicle as it was driving away from the party, fatally injuring the front-seat passenger, according to the Balch Springs Police Department.

Jordan Edwards died from a fatal rifle wound to the head, according to the Dallas County Medical Examiner's Office. The freshman Mesquite High School student-athlete's death was ruled a homicide.

Haber said body camera footage of the incident showed the car was driving forward, away from the officers, not reversing toward them as he originally reported.

"I take responsibility for that," Haber said.

The officer's behavior "did not meet our core values," Haber said.

Police were looking for the owners of the house when shots were allegedly heard in the area, creating chaos right before Jordan was shot, according to Balch Springs Police Public Information Officer Oscar Gonzalez.

Haber declined to confirm whether any shots were confirmed to have been fired or whether the boys in the car were armed, citing the ongoing investigation.

The officer fired three shots into the car, Edwards family lawyer Lee Merritt told CNN based on eyewitness accounts from the other boys in the car.

Jordan's 16-year-old brother and their three friends were detained at the scene and taken away from Jordan's wounded body to the Dallas County Sheriff's Department, where they were eventually interviewed as witnesses. The boys were not arrested or charged, according to Merritt.

Jordan was transported to Baylor University hospital where he later succumbed to his injuries, according to a BSPD press release.

The 6-year veteran of the Balch Springs police force who fired the fatal shot was placed on administrative leave, but has not been charged or arrested. His identity is not being released at this time, Haber said.

The officer had no similar prior incidents, Haber said, and BSPD is conducting a separate internal administrative review of the incident.

"The Balch Springs Police Department, regardless of how this whole thing turns out, we are here to serve this community," Haber said.

Haber met with Jordan's parents twice since his death, expressing condolences on behalf of the department and the city.

The Edwards family's lawyer will meet with the investigating parties this week on their behalf.

"We are declaring war on bad policing," Merritt said in a press conference held on behalf of the family Monday. "America throughout the country must figure out a way to police its citizens without killing them."

Jordan's family has not spoken publicly, wishing to grieve privately until after the funeral, Merritt told CNN. They saw Jordan's body for the first time late Monday night, he said.

Jordan will be remembered for his smile, those that knew him told reporters. Grief counselors were made available at Mesquite High School, because Edwards was such a well-known, well-liked member of the community, Merritt said.

A prayer vigil was held Monday night at the high school for the community. A funeral has not yet been scheduled, according to Merritt.