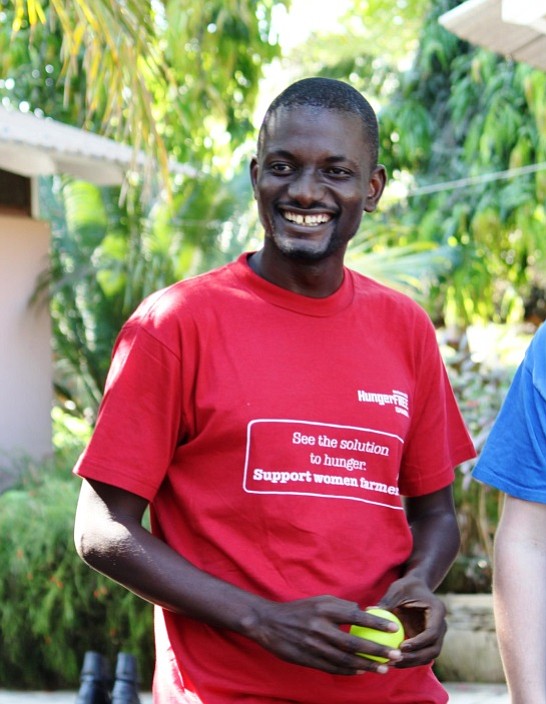 The former head of Greenpeace Africa took the opportunity of the climate march in Washington, D.C., last weekend to announce that Africans Rising for Justice, Peace and Dignity, a new Africa-wide social movement focused on climate change, will be officially launched on African Liberation Day, May 25.

“It’s a terrible injustice that even though we the people of Africa collectively contributed the least to emissions, we are the ones that are paying the first and most brutal price,” said Kumi Naidoo in an interview with the news show Democracy Now. “We’ve got climate refugees, land that’s drying up, water sources that are disappearing and so on, which is already creating a quite a catastrophic situation.”

He continued, “We feel extremely hurt that the countries that carry the biggest responsibility continue to deny their responsibility, but also deny the very fact that the science is absolutely clear that we have to get off dirty energy.”

Some 200,000 took part in the D.C. event, which included spontaneous music and informal speeches. The new group lists Actions & Events on their webpage for May 25.

“We chose that day so that we can remind ourselves, our leaders and the world that we are tired of waiting for that liberation to be delivered,” the group states on its webpage. “And to show them that we are prepared to take action and hold political and business leaders accountable and reinvigorate the journey to that better life for all.”

The statement continues, “We are one of the youngest continents in terms of our demographic profile but we have some of the oldest leaders. If political leaders were honest with themselves many would acknowledge that they’ve been in power for far too long. They’ve run out of fresh ideas. We need to make way for younger people who have new perspectives on the problems facing the world. Africans Rising is about deepening solidarity across the continent. We must step up and be the first to speak out against human rights violations.”

The Kilimanjaro Declaration, the movement’s founding charter, reads, “Africa is a rich continent. That wealth belongs to all our people, not to a narrow political and economic elite. We need to fight for economic development that is just and embraces social inclusion and environmental care. We have a right to the ‘better life’ our governments have promised.”

For more information, visit the webpage at http://www.africans-rising.org/.