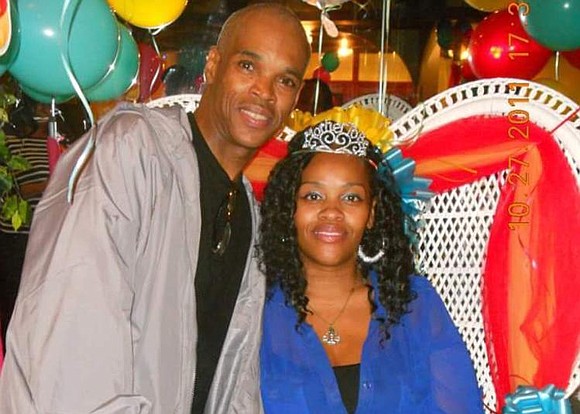 A gunshot to the head struck MTA train conductor Jacqueline Dicks, 41, a mother of six, shattering the close-to-midnight air in East New York, Brooklyn, Monday, May 1, 2017.

The city braced itself for what seemed to be a random murder; within less than 30 hours, it was being reported as a probable domestic incident.

From Monday night, the city, family, friends and fellow Transit Workers Union members seemed to believe boyfriend Zire King’s version of events. King initially said that after dropping off Dicks on Elton Street, and parking his car up the block, he heard a gunshot and saw three men running away. By Wednesday, King, 44, was a suspect who the police were seeking as a prime suspect. “Pursuant to the ongoing investigation, the New York City Police Department is asking for the public’s assistance in locating [King] wanted for questioning,” the NYPD said as part of a press statement.

On Tuesday morning, the NYPD had reported that “at 2341 hours, police responded to a 911 call of a female shot in front of 1010 Elton Street, within the confines of the 75 Precinct. Upon arrival, officers observed a 41-year-old female, unconscious and unresponsive, with a gunshot wound to the head. EMS responded to the location and pronounced the victim deceased at the scene. There are no arrests and the investigation remains ongoing.”

Later that day, dozens of family, community members, activists and MTA workers stood at Elton Street and Corzine Avenue to pay tribute to Dicks and demand that her killer turn himself in or be apprehended.

Chief of Detectives Robert Boyce told the press, “There was no three males running in the street with hoods up, there was none of that.” Boyce said there is video footage contradicting King’s story. Although there are no men seen running, King is seen first talking with Dicks and then returning to his vehicle.

After obtaining a search warrant, cops said they found the possible murder weapon, a .40 caliber handgun in the trunk of King’s silver 2009 Mercedes-Benz, along with Dicks’ phone.

King, also known as Joseph Harper, upon arrest is expected to be charged with second-degree murder. Meanwhile the 42,000 members of the TWU received an email to watch out for the suspected gun man. “Every bus and subway worker in the city has been instructed to be on the lookout for the man police suspect killed Conductor Jacqueline Dicks,” said the union.

Dicks’ children ranged in age from 4- to 24-years-old; she was also the grandmother of three.

“After my mother passed away she became the matriarch of the family and she was very loved,” her brother Tyrone Dicks told the press. Her older brother added, “She has six kids. They all love her. Her brothers and sisters love her. She’s just an all-around wonderful person.”

Although Dicks had only been on the job as a conductor at the Ditmas Boulevard depot in Astoria for 11 months, Local 100 Secretary-Treasurer Earl Phillips said of the union, “We’re going to raise those six kids. That’s what we are here for.”

City Councilwoman Inez Barron spoke at Tuesday evening’s rally. The elected representative stated, “We are saddened by the loss of life of one of our residents of the East New York. Ms. Dicks was a city worker who was well liked by her colleagues, and was attentive to her responsibilities. We are saddened by her passing and send our condolences to her family and friends. My office stands ready to assist in any way that we can as we go forward.”