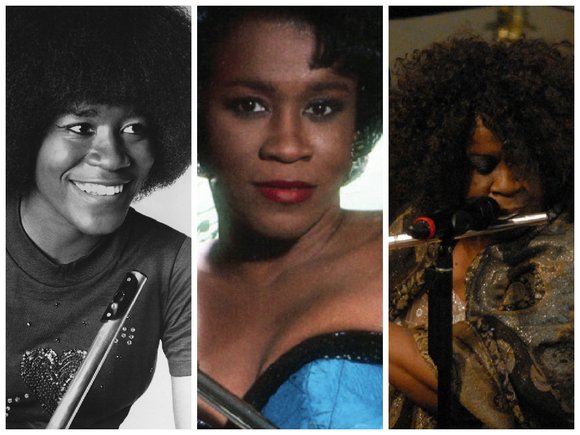 Those now controllable frenzy-dancing salsa fans will always have explosive memories of the master Afro-Caribbean and salsa master Eddie Palmieri during his days leading his Conjunto La Perfecta (1961), his album “Azucar Pa Ti” (“Sugar for Me”), which is in the Library of Congress, and his collaborations with Cal Tjader.

As part of a yearlong series of milestones to celebrate his 80th year, Palmieri has a residency at NYC Subrosa (63 Gansevoort St. in Greenwich Village) that started in April and runs through August, two sets each night at 7 p.m. and 9 p.m.

The Subrosa residency will highlight Palmieri’s unprecedented career as a band-leader, arranger, composer and performer who has innovated multiple genres for more than 60 years.

During Palmieri’s Afro-Caribbean Jazz Mondays, he will feature new guests every week, personally chosen from an all-star cast of artists who make up the pianist’s musical family.

The residency began with the release of Palmieri’s first studio album since 2006 on April 21 (Ropeadope Music). It is entitled “Wisdom /Sabiduria.” The title speaks to the refinement of both a Latin music and jazz master, with signature elements of seamlessly blended funk and R&B.

Here in Gotham, Puerto Rican music has been a bedrock of this multiethnic hustle-bustle town. On May 11, New York University professor Licia Fiol-Matta will present and read from her new book, “The Great Woman Singer: Gender and Voice in Puerto Rican Music” (2017).

The book traces the careers of four iconic Puerto Rican singers, Myrta Silva, Ruth Fernández, Ernestina Reyes and Lucecita Benítez, while exploring how their voices and performance styles transformed the public perception of the female vocalist in popular music.

The presentation will be followed by a short music performance featuring Jeanne Sol, who performs as Myrta Silva in Teatro SEA’s “La Gloria” and guitarist Yasser Tejeda.

This event, at 7 p.m., is free and open to the public and takes place at the Bronx Music Heritage Center, 1303 Louis Nine Blvd. For a complete schedule of events, visit the website thisisbronxmusic.org.

The noted Texas-born flutist Bobbi Humphrey so impressed the iconic trumpeter and composer Dizzy Gillespie at a talent show that he advised her to pursue a musical career in New York City, which is a move she never regretted. During New York’s spring and summer months, one will often see her at one of her favorite restaurants along Lenox Avenue, dining or taking a meeting with some renowned musician such as the pianist John Lewis.