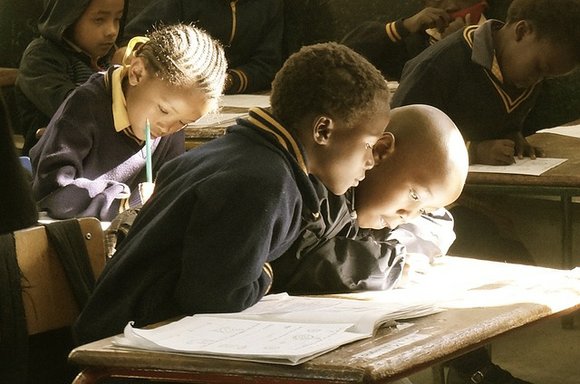 “It’s about skills … it’s about education,” said Cuomo last week. “New York and the United States used to be the best in education. New York, we had the most educated workforce in the United States at one time. Now we’re number 11 in the country. This country, the United States had the most educated workforce on the globe. Now we’re number 12. That’s a problem. We have to show the same vision that we showed with eighth grade and high school and say, we want all our people to be able to go to college because that’s where the future is going to be.”

But according to the Alliance for Quality Education, Cuomo has never been a champion of public schools, and many high-need institutions are still severely underfunded.

“The way Governor Cuomo tells the story, he is the greatest thing for public schools since the invention of the pencil, but sadly, the reality falls far short of the spin,” said Zakiyah Ansari, advocacy director for the Alliance for Quality Education in an emailed statement. “This year the Governor’s effort to repeal over $4 billion owed to our public schools was the latest chapter in how his education policies have perpetuated racial and economic inequities in education.

“The Governor’s failing policies on public education have produced a spending gap between rich and poor schools that has skyrocketed to nearly $10,000 per student,” Ansari continued. “Let’s not forget the Governor’s executive budget proposed a paltry $428 million in foundation aid—that’s 10 cents on the dollar. Our children and public schools are simply not a priority for him.”

AQE members said that this year, Cuomo tried to repeal $4.3 billion in funds that New York State owed to its neediest schools because of the Campaign for Fiscal Equity. The school where Cuomo held his news conference, the Academy of Finance and Enterprise, is owed more than $900,000 that Cuomo tried to appeal.

“It’s time for Governor Cuomo to make our children his top priority and develop a plan to fully fund our schools as required by our state constitution,” stated Ansari. “As a result of Cuomo’s education budget, nearly 50,000 kindergarteners to third-graders are crammed into classrooms with over 30 students, and Queens schools have the largest problem with overcrowded classrooms for young children. Guidance counselors in Yonkers each have to serve 750 students.

“From Utica to Schenectady and across the state schools cannot afford the number of specialized teachers they need to serve growing populations of English language learners,” continued Ansari. “Cuomo’s education policies are not something to celebrate. Instead of doing self-promoting press conferences, the Governor should be in Albany fighting for our public school students.”