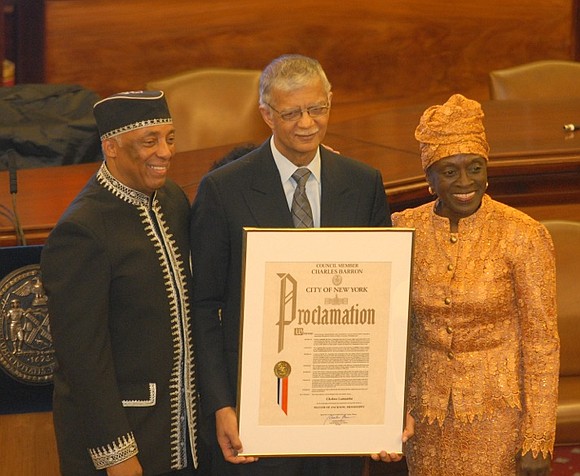 Lumumba, according to election returns, won a majority of the vote in 67 of the city’s 83 precincts. He won five of the seven city council wards with 60 percent or more of the vote.

Professor Nathan Shrader, a political scientist who teaches at Millsaps College, cited the victory as a “mandate.”

If the victory signals a movement, then Lumumba can thank the path forged by his father, an avowed Black Nationalist who had begun to appeal to the broader community before his sudden death.

When Lumumba was defeated in an election to replace his father, he took exception to the policies instituted by Mayor Tony Yarber, who defeated him, particularly the furlough of city employees to avoid layoffs. Memories of that setback must have occurred during the recent election when Lumumba realized he was going to win his own precinct and get the turnout to avoid another runoff with Yarber.

And that he did, receiving 441 votes, or 41 percent, in his Precinct 46, in northeast Jackson.

Many pundits and citizens of Jackson attribute Lumumba’s overwhelming victory to his father’s legacy, but others dismiss that notion, contending if that was so why didn’t he win in the special election in 2014?

Perhaps Lumumba learned a few things from that defeat and found greater appeal to the city’s precincts while improving his base. The numbers seem to suggest the success of such a tactic. More significantly, his supporters believe, he emphasized the positive rather than focusing on the negative economic conditions, promising change.

On June 6, Lumumba is expected to win the general election in this heavily Democratic city, and that would certainly make his father proud.